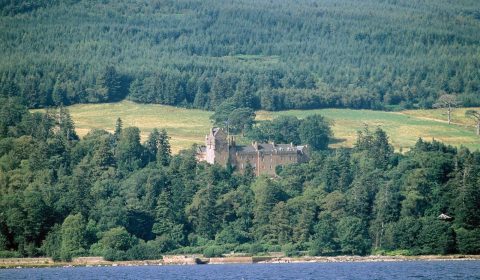 If long road trips aren’t for you, or perhaps you are only planning on spending a few days in Scotland before continuing your travels elsewhere, we recommend that you do not miss visiting the Isle of Arran.

The Isle of Arran is commonly referred to as ‘Scotland in miniature’, as Arran seems to embody the nation’s wide variety of landscapes from rugged peaks, to gentle rolling hills, to craggy island coastlines.

Famous for its single malt whisky, the Isle of Arran Distillery, the only working distillery on the island, offers visitors the chance to tour the distillery and learn about the art of whisky making.

Arran is also known as a golfers’ paradise with seven courses within easy reach, including a stunning 12-hole course at Blackwaterfoot.

With everything from history, to varied landscapes, and of course its single malt whisky, here are some reasons why the Isle of Arran is the perfect destination for those who want to experience Scotland in less than 24 hours. 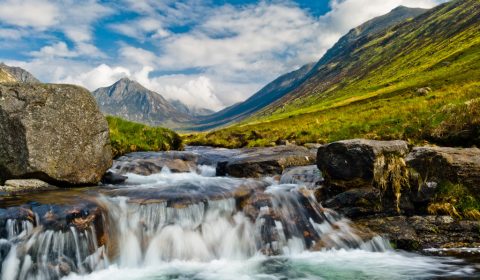 A less vigorous way to enjoy the scenery is to take the low-level walk up Glen Rosa, just outside Brodick, which leads behind Goat Fell and into the interior of Arran.

The island is rich with spectacular scenery; visitors can trek through the vast greenery or the many coastal walks dotted across the island to soak in the valleys, rock pools and buildings.

Or, better yet, spend the afternoon scaling the trails to watch the sunset from the top of Arran’s highest mountain, Goatfell.

At 2,800ft, Goatfell is Arran’s highest peak with a spectacular view awaiting you at the top. The mountain stands sentinel above Brodick Castle and reaching the summit takes between 2 and 5 hours, so pack plenty of supplies and make sure you are properly equipped. But we think the views of Jura and Ben Lomond are worth it – on a clear day you can even see as far as Ireland.

The Goatfell property also includes 5,930 acres of mountains and moorland including Glen Rosa, a spectacular example of a landscape shaped by glaciers. 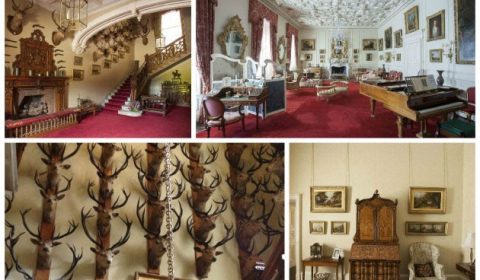 Interiors at Brodick Castle, including the grand staircase, which is lined with stag heads. Photos courtesy of John Sinclair.

One of Arran’s best known historical tales is that of Robert the Bruce and the spider; which is said to have taken place towards the west of the island in King’s Caves. Bruce spent three months living a solitary existence in this tiny cave and during this time, it is here that legend tells of Bruce, watching a spider toiling to build it’s web.

Robert the Bruce took inspiration from this little spider, encouraging him to try again. He raised an army and went on to win the famous battle of Bannockburn in 1314, after which, he finally established his claim to the Scottish throne and thus the beginning of freedom from English rule. This event has given rise to the saying; ‘If at first you don’t succeed try, try and try again.’ 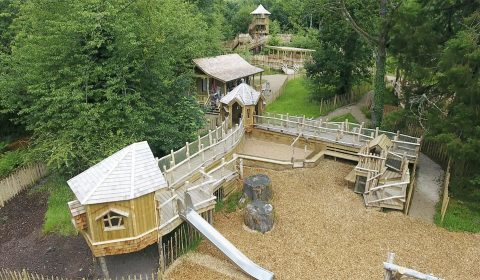 Part of the new play park at Brodick.

Another not-to-be-missed site is Brodick Castle and Country Park. Teeming with history and surrounded by mountains, Brodick is every inch the quintessential island castle. The present building was fashioned in 1844, but the seat dates back centuries to when its strategic position across the water made a Brodick a fortress to be reckoned with.

While the Castle itself is currently closed for important fireproofing work, it will reopen to visitors next summer. However, the gardens and country park remain open. From landscaped gardens to the woodland trails, wildlife ponds and waterfalls, there’s plenty to explore outdoors in Britain’s only island country park. There’s also a brand new treetop play park, ‘Isle be Wild’.

Members gain access to 129 NTS properties for free, including the NTS sites in this article.
Join Today