In November 2019 we launched an appeal asking for your help to bring Glencoe’s stories to life, revealing the links between Scotland’s people, history, and landscape. Thanks to over 200 donations and the generosity of our friends at Scottish Heritage USA, NTSUSA met its goal to contribute $100,000 to the Trust’s interpretive and archaeological work at Glencoe.

Read on to learn more about how this is making an impact at Glencoe.

Having completed its world-class visitor’s center, the Trust is extending learning outdoors for an immersive look into the glen’s fascinating history. Central to this ambitious project is to interpret recent archaeological finds from the Glen.

The archaeology program began by working with volunteers and the local community to unearth three lost villages – Inverigan, Achnacon and Achtriochtan. The plan involved detailed excavation and survey work to learn more about the families who lived at the time of the Glencoe Massacre and onset of the Highland Clearances.

From the evidence uncovered, NTS Head of Archaeology, Derek Alexander, working with a team of Scotland’s most experienced traditional building craftspeople, have taken the footprint of one of the excavated structures and developed a plan to reconstruct one of the settlement’s traditional turf houses. The Trust’s project plan was to complete the reconstruction of the turf house in full view of visitors with the help of volunteers and trainees, between now and this fall.

However, in light of current circumstances and the closure of Glencoe to the public, they have reviewed the program of works and made the decision to put activities on hold until March 2021. While they considered re-starting later this summer, some essential tasks have a tight seasonal window – especially weaving the ‘green’ wood for wattling, harvesting the heather for thatching, and cutting and building with turf. It is unlikely that we will be able to conduct these tasks in the participative way we had hoped to early enough this season.

Surveying the proposed site of the Turf House

We are disappointed to pause our recreation of a long-lost Glencoe turf house, but we had made some excellent progress prior to this.

After a careful search for suitably curved branches, we have felled timber for the building’s sturdy ‘cruck’ frame in our An Torr woodland at Glencoe and Mar Lodge Estate. Our carpenter has stripped and prepared these and they are now being stored ready to raise with the help of our volunteers when the time comes.

The 'cruck' frame of the turf house begins to take shape.

The first volunteer weekend to help us collect the ‘wands’ we will use to create the house’s ‘wattle’ or ‘creel’ interior framework went ahead before lockdown. In extremely wet conditions, a fantastically hardy team gathered over 600 of the required 2,000 thin straight rods of hazel, birch, willow and alder in the young woodland plantations around Glencoe visitor centre.

Using simple ‘billhooks’ and centuries-old coppicing techniques, stems were cut close to the ground, encouraging new shoots to grow vertically and creates a sustainable source of future rods. The rods were then ‘snedded’ to remove side shoots and buds, making them as smooth as possible for weaving.

Glencoe’s Rangers have also completed the works access route from the car park to the site of the Turf House, which includes a newly reinforced bridge/culvert and ducting for electricity. 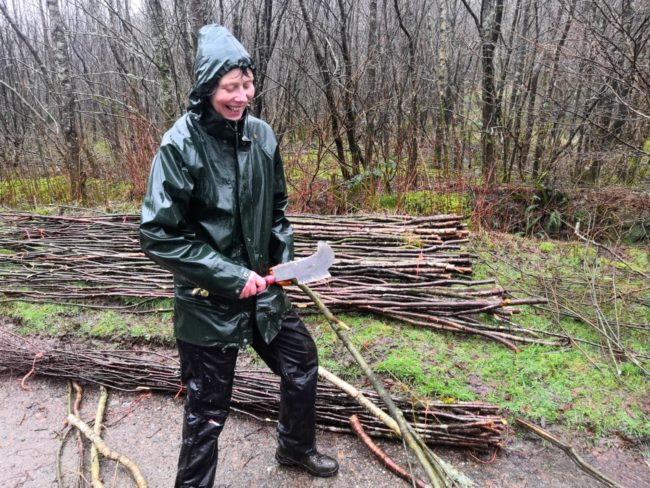 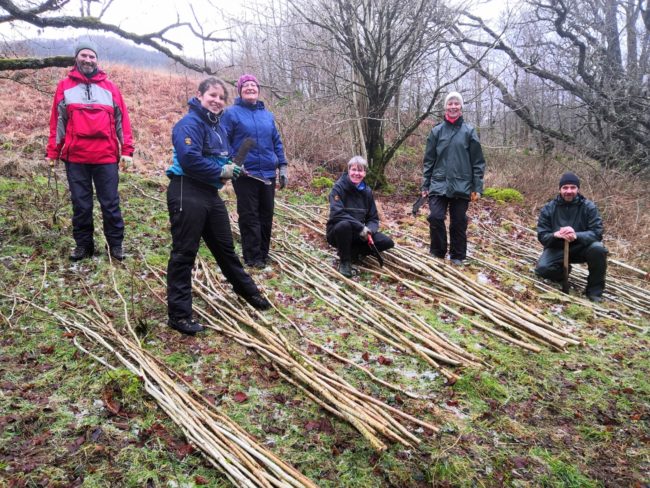 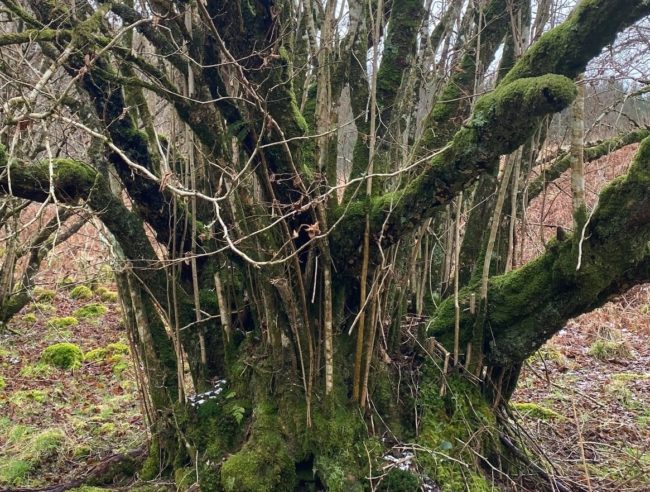 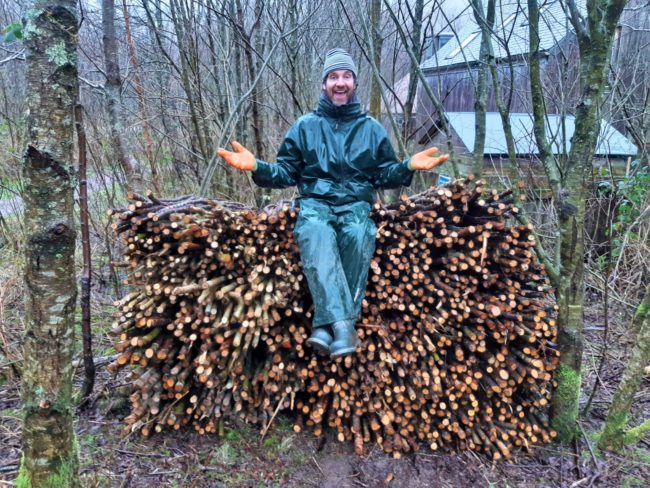 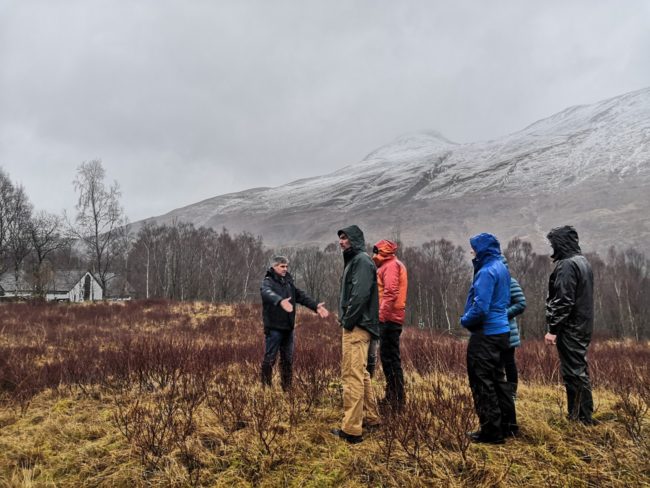 Surveying the proposed site of the Turf House 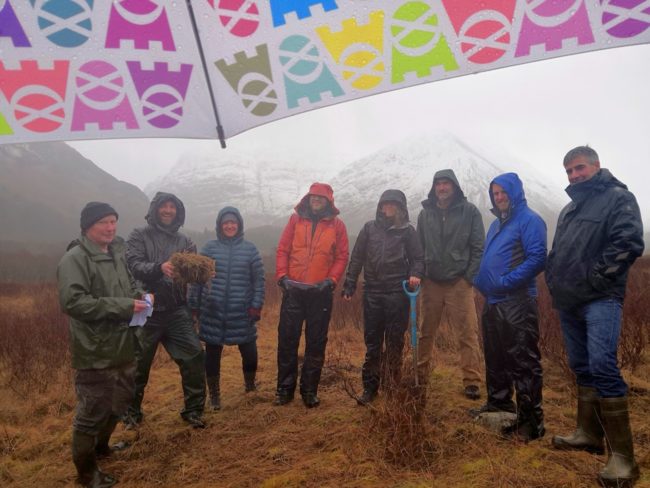 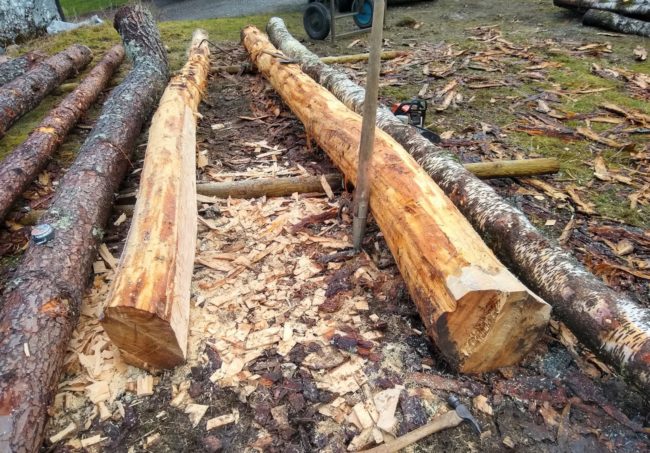 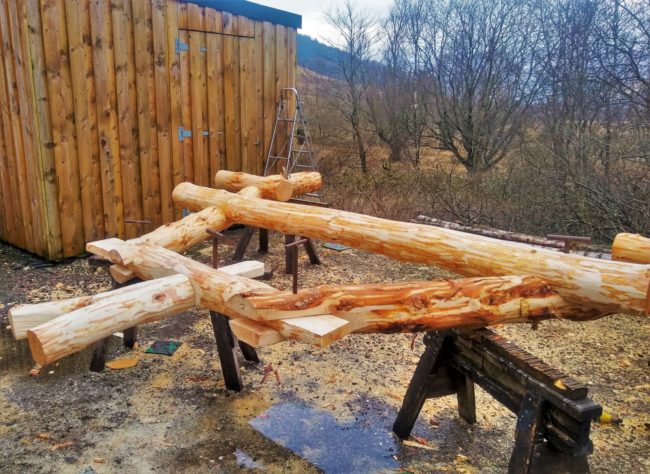 The 'cruck' frame of the turf house begins to take shape. 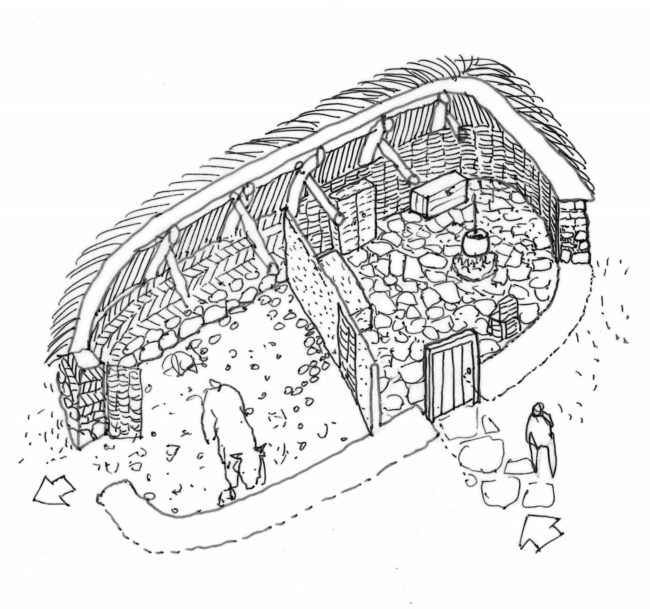 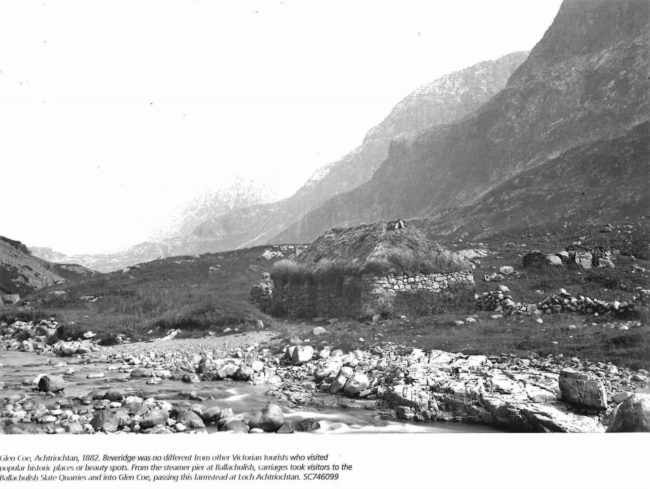 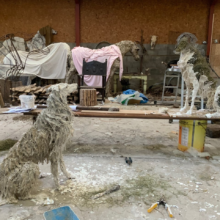 Robert Burns’s poem, 'The Twa Dogs', will be brought to life in sculpture by artist [...]