Ken Burns to be honored at 10th annual gala

FOR IMMEDIATE RELEASE: MARCH 15, 2017 – Documentary filmmaker Ken Burns will be honored at 10th annual A Celebration of Scotland’s Treasures gala on March 29, 2017 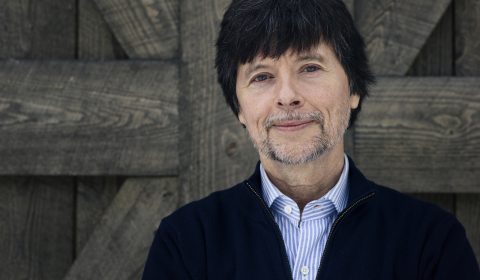 New York City – On March 29, The National Trust for Scotland Foundation USA will present its 10th annual fundraising gala, A Celebration of Scotland’s Treasures, at New York’s Metropolitan Club. Over the past decade, the festive evening has become known for its celebration of all things Scottish, from whisky and haggis to poetry and dancing. The gala is co-chaired by Paula Kirby and Peter McWhinnie, Elizabeth Owens, Michael Scott-Morton, and Naoma Tate. Jill Joyce is the evening’s honorary chair. 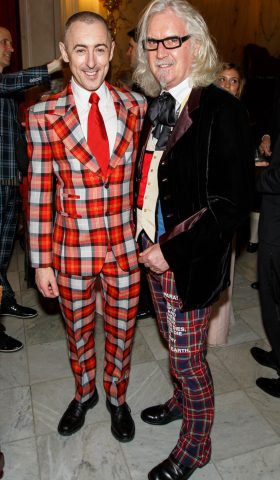 “We are simply thrilled to honor Ken Burns with the Great Scot Award,” said Helen Sayles, chairman of the Foundation’s Board of Trustees. “The ancestral and artistic connection between one of America’s most masterful historians and storytellers and Scotland’s national bard is deeply meaningful to him and to the thousands of Americans who partner with us to preserve Scotland’s cultural heritage for future generations.”  “I cannot think of a higher honor than this,” said Mr. Burns. “The poetry of Robbie Burns and the fiercely independent spirit of the Scottish people have been with me since boyhood, and this honor affirms my own body of work influenced by that poetry and that spirit.”

The celebratory event also will feature tastings by The Macallan and Snow Leopard Vodka. Alasdair Nichol, Vice Chair of Freeman’s, America’s oldest auction house and frequent appraiser on PBS’ Antiques Roadshow, will recite Burns’ Ode To A Haggis before dinner and later will preside over a live auction with lots including a voyage on the Hebridian Princess, a trip to Edinburgh’s famed International Festival, and sea kayaking at Kintail. 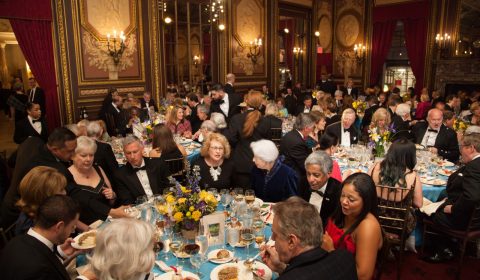 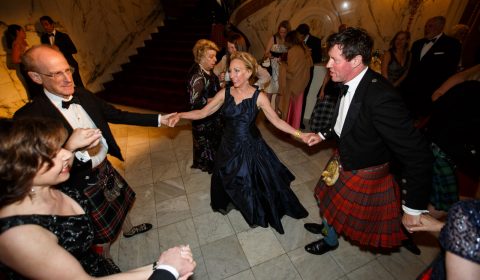 The evening ends with a full-blown cèilidh. Scottish country dancing takes place to traditional Celtic music performed by Scottish vocalist Maureen McMullan & Friends. New this year, the National Trust for Scotland has arranged for the recently restored 18th-century violin belonging to Robert Burns’ tutor William Gregg, which was used to accompany Burns’ dance lessons at the Bachelors’ Club in Ayrshire in around 1779, to travel to New York for the event. Guests will be able to dance to the fiddle that Burns himself danced to centuries ago.

Proceeds from the gala support the conservation of the  irreplaceable natural, built, and cultural treasures cared for by the National Trust for Scotland, that country’s largest conservation charity. These include the Robert Burns Birthplace Museum, the remote island of St Kilda, and Charles Rennie Mackintosh’s domestic masterpiece The Hill House. Last year, the event raised more than $400,000. A Celebration of Scotland’s Treasures founding chairs are Mr. and Mrs. Thomas Hubbard and Donna Schinderman.

A Celebration of Scotland’s Treasures takes place at The Metropolitan Club with the marble stair hall as the backdrop for cocktails, whisky tastings, silent auction and the cèilidh. The awards ceremony and live auction are in the magnificent dining room.

Ken Burns has been making documentary films for almost forty years.  Since the Academy Award nominated Brooklyn Bridge in 1981, Ken has gone on to direct and produce some of the most acclaimed historical documentaries ever made, including The Civil War; Baseball; Jazz; The Statue of Liberty; Huey Long; Lewis & Clark: The Journey of the Corps of Discovery; Frank Lloyd Wright; Mark Twain; Unforgivable Blackness: The Rise and Fall of Jack Johnson; The War; The National Parks: America’s Best Idea; The Roosevelts: An Intimate History; Jackie Robinson; and, most recently, Defying the Nazis: The Sharps’ War.

Ken’s films have been honored with dozens of major awards, including fifteen Emmy Awards, two Grammy Awards and two Oscar nominations; and in September of 2008, at the News & Documentary Emmy Awards, Ken was honored by the Academy of Television Arts & Sciences with a Lifetime Achievement Award. 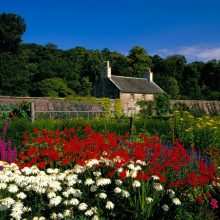 $90,000 was raised from donors across America to support restoration of the Walled [...]