The whisky stills of the Angus Folk Museum collection tell us much about the history of Scotland’s most famous export. 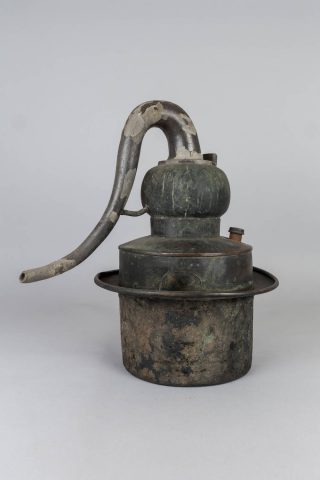 After several months cataloguing the collection of the Angus Folk Museum, we have been impressed by the sheer variety of objects that the collection boasts – so much so that it’s been difficult to pick just one object or theme for this article. But holed up in our bothy in the cold winter months, one discovery warmed me enough to make me temporarily forget about the cold, much like the effect of the spirit it formerly produced. I came across a whisky still.

It appears to be a copper still pot with a cylindrical body, a double-handled rim in the middle, and a bulbous section at the top leading to a curved tapered cylindrical spout. It is 47cm tall and 45cm wide and with it is a metal spiral cylindrical tube, known as a worm. The process of making the whisky involved malting the barley by soaking it in water and heating it to create a ‘mash’. The mash was then put in the copper pot and heated until it was boiling, when it would release alcohol vapour. The vapour would enter the attached worm, which was submerged in water, where it would cool and turn into liquid.

According to the original museum description, the still came from ‘Cortachy Airlie’. Cortachy is a small settlement at the mouth of Glen Clova in the Angus glens and Cortachy Castle is the seat of the Earl of Airlie. The collection also contains the upper section of another still which came from Little Forter, a small settlement in Glen Isla. Their origin suggests that they were possibly a part of the illicit whisky trade that flourished in the late 18th and early 19th century in the southern and north-east Highlands. 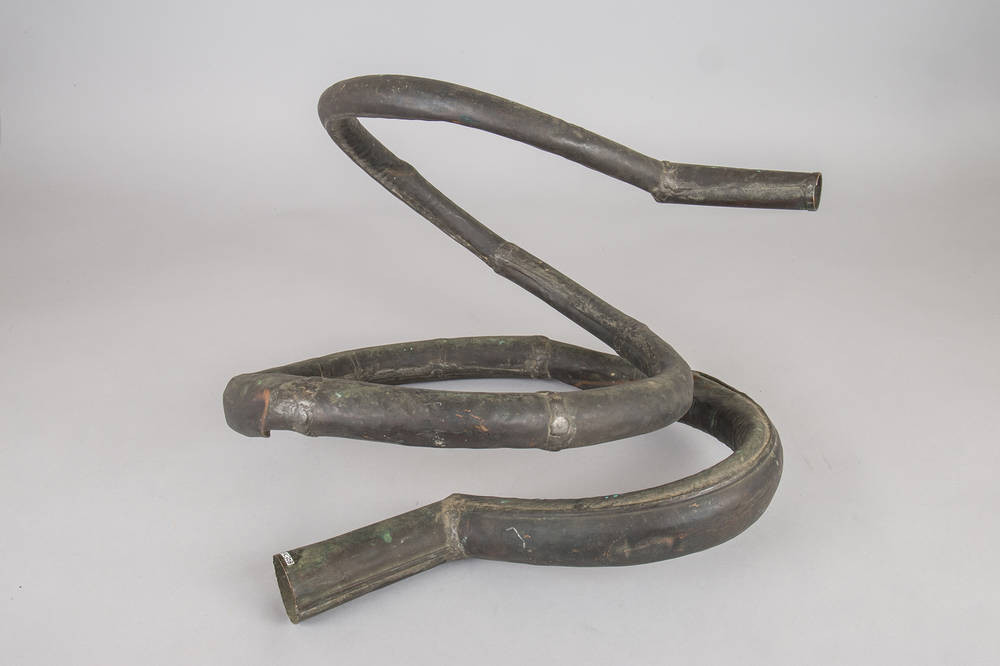 Whisky had become more popular across society by the second half of the 18th century – industrialisation had led to wage increases and spirits were relatively cheap. To try and regulate the growing market, the government introduced Acts in the 1780s to encourage licensing of distilleries. Unlicensed private distillation in small stills, which had existed in Scotland for centuries, was effectively declared illegal.

The income Highland tenants generated from their unlicensed stills was essential to paying their rent. Many landlords and local judges were in receipt of their whisky and the illicit trade flourished in secluded parts of Highland glens. The north-east counties were particularly prominent in the trade due to the proximity of fertile grain-producing farmland. In these remote areas, crofters were more likely to evade the excisemen tasked to enforce the law. Derek Alexander, Head of Archaeological Services at the Trust, has written an article on one such site at Ben Lomond. 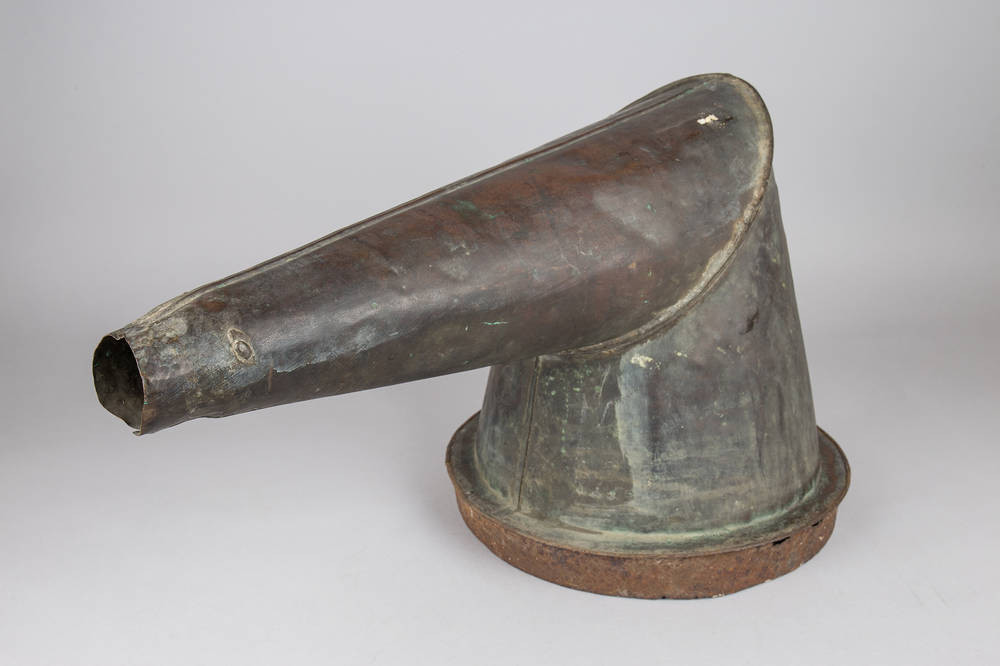 Part of a still from Little Forter

To tackle the problem of illicit distillation, the 1823 Excise Act reduced duty by over 50%, effectively ending the advantage of illicit distillers over their licensed rivals. The 1845 Statistical Account of Scotland for Glenisla explains: ‘The reduction of the duty of ardent spirits, whatever bad consequences may have resulted from it elsewhere, has been productive of the best effects here, both in respect of the morals and industry of the population. By putting an end to illicit distillation, it has been the means of directing the efforts of the people towards extensive agricultural improvements.’

Up until the 20th century there were five licensed distilleries in Angus: Glencoull near Tannadice, Lochside and Hillside/Glenesk in Montrose, and North Port and Glencadam in Brechin. Only Glencadam has survived.

These important objects show that the spirit runs deep in the history of Angus.

This article is by Ross MacLennan of Project Reveal Team North East. Project Reveal is a multi-site digitization project of unprecedented scale. It will result in an updated database with high quality images and unique object numbers for every item in the Trust material culture collections. With your support, we can help the Trust manage its collections more effectively. Most important, we can help the Trust discover, better understand, and share its treasures with the world.

This article was originally published by the National Trust for Scotland on May 7, 2018. 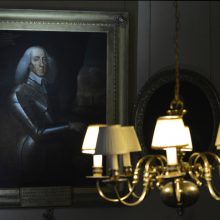 Project Reveal head to the House of the Binns to catalog the table where 'Bluidy Tam' [...]