‘Polished as a sonnet’, Holmwood is one of the few surviving buildings designed by an iconic exponent of the Greek Revival style.

Holmwood is a Victorian villa in the Southside of Glasgow. It was built at a cost of £3,600 in 1857 for James Couper, a paper manufacturer who owned the Millholm paper mill in the valley immediately below the villa. After the death of Couper’s second wife in 1908, the house passed through several owners until 1958, when it was sold to the Sisters of our Lady of the Missions. They established a convent and primary school, which ran until 1992. In 1994 the National Trust for Scotland saved Holmwood from demolition and redevelopment plans.

The architect of this building was Alexander ‘Greek’ Thomson, who had studied the principle of Classical architecture during his formal training. His belief that the style of Ancient Greece could be the basis of modern architecture earned him the nickname ‘Greek’ despite the fact that he never travelled abroad! Neoclassicism and a renewed enthusiasm for the Neo-Greek style in architecture were widespread in Victorian society, particularly in Glasgow as it became an industrial giant and the self-proclaimed ‘second city of the Empire’. What separates Holmwood from other villas of the period is that Thomson took the principles of Greek architecture and created a modern and asymmetrical version. Thomas Gildard, a fellow architect and fervent admirer of Thomson’s work, wrote about Holmwood in 1888:

‘Is an architect an artist? If architecture be poetry in stone and lime […] this exquisite little gem, at once classic and picturesque, is as complete, self-contained and polished as a sonnet.’

An early print of Holmwood

Thomson also designed much of Holmwood’s interior. Unfortunately, as the house has had so many owners and been used for different purposes, the furniture, carpets and original furnishings are no longer in the property. However, most of the brightly coloured stencil decoration on the walls has survived under layers of paint and wallpaper and is gradually being uncovered by our conservators and curators. In many places it is being conserved, protected and re-created by modern-day master craftsmen for the enjoyment of our visitors. The use of primary colours like blue and red as well as buff shows Thomson’s ability to take inspiration from the big archaeological discoveries of the time in Greece, Italy and Egypt. The furniture currently in Holmwood was chosen to be authentic to the period and style of the villa, and blends in perfectly with the surroundings.

Although all the rooms are richly decorated, the dining room is without doubt the most striking. The spectacular frieze that covers the four walls of this big room consists of 21 panels based on John Flaxman’s illustrations to Homer’s Iliad, published in 1805. When walking into this room, the frieze, beautifully carved doors and the majestic mirrors give the impression of entering a temple.

One of the few original items in Holmwood is the amazing omega-shaped Italian marble chimneypiece in the hall. It’s topped with a barometer that features an engraving of the zodiac and a three-dimensional pensive cherub. We think this interesting work of art was made by the Glasgow sculptor George Mossman. 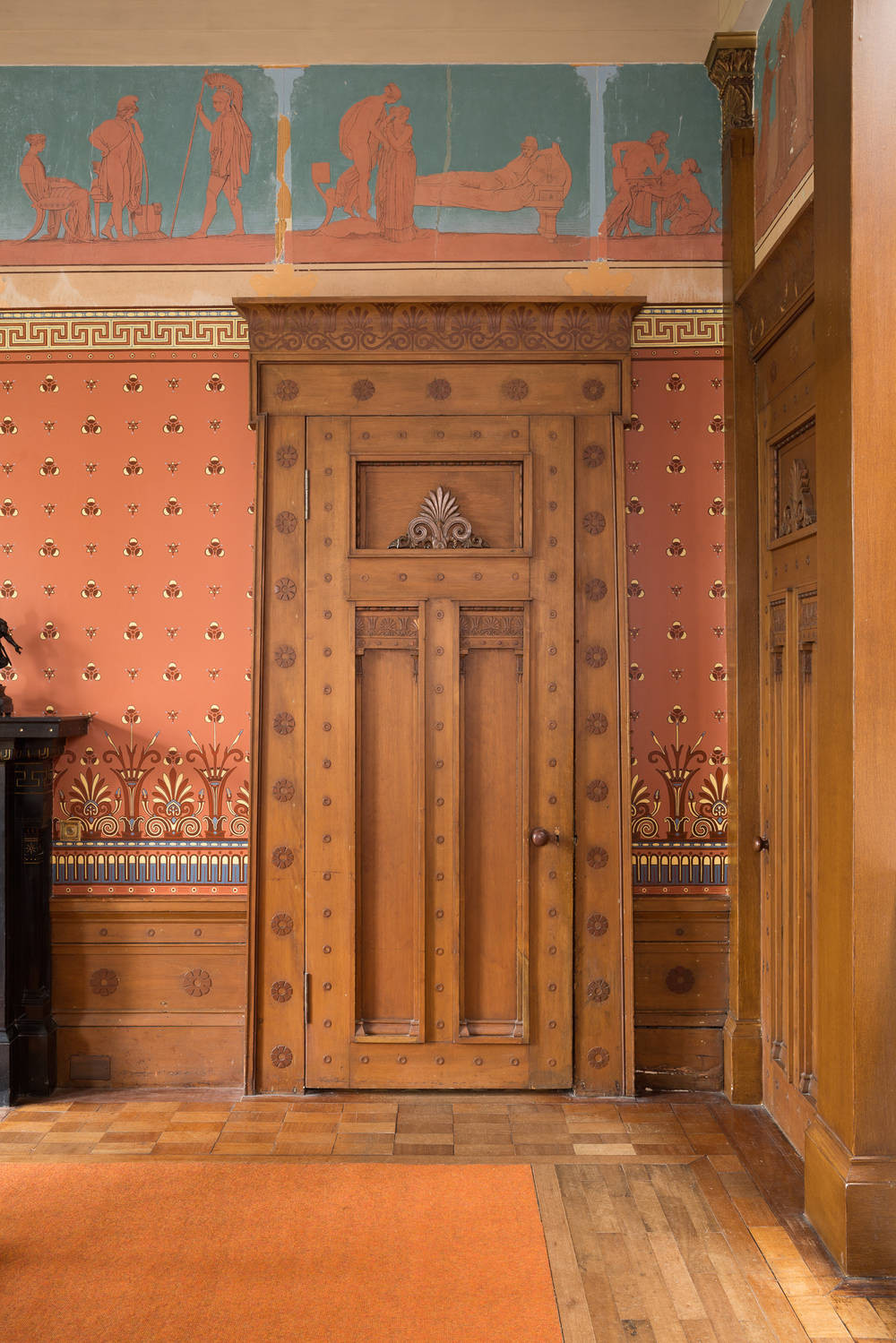 Detail of the dining room, door and frieze 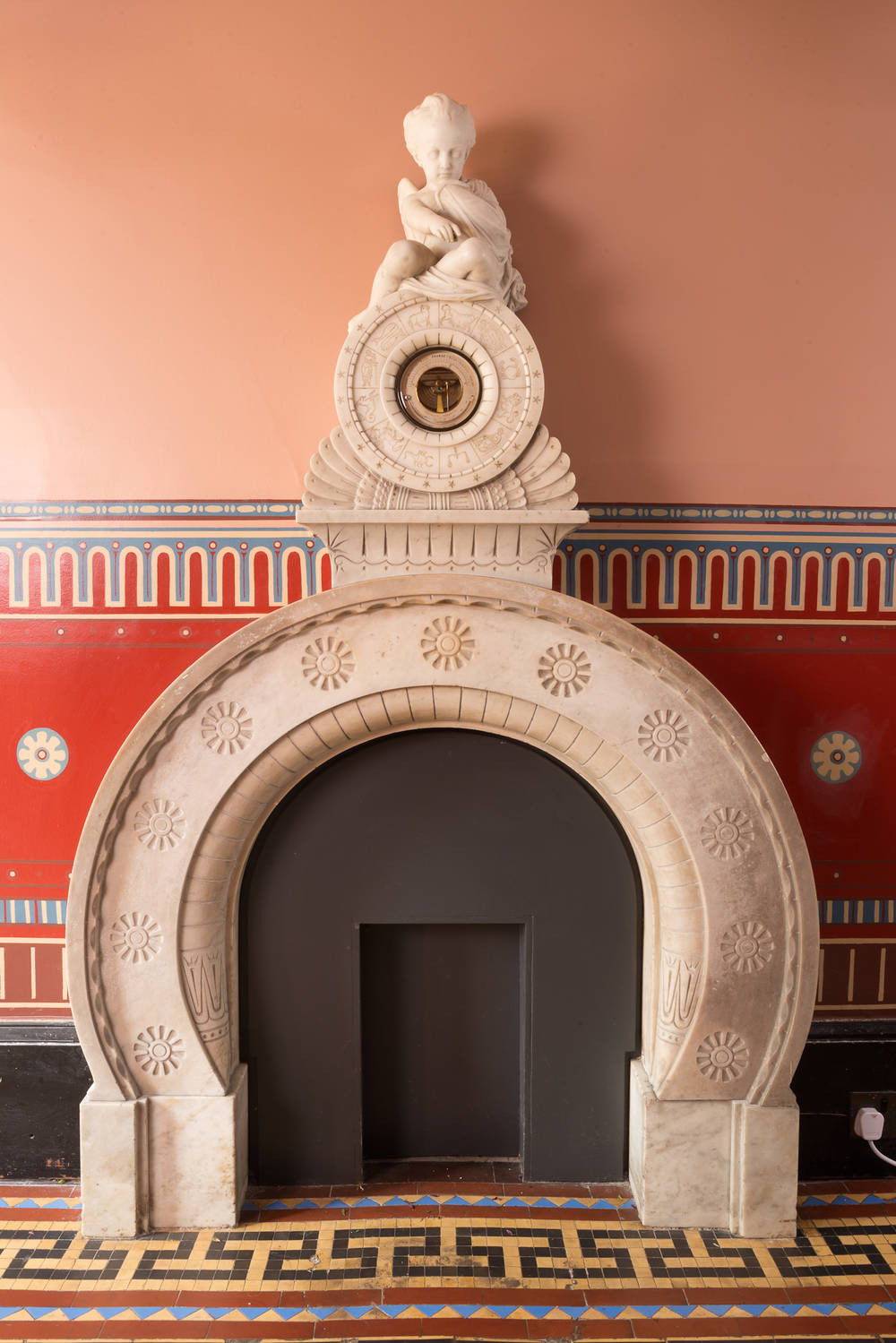 Chimneypiece in the hall

One of my favourite pieces is the painting On the Terrace by John William Godward (1861–1922). It’s in the bedroom and depicts a girl daydreaming on a marble bench surrounded by pink flowers – a very relaxing scene. Can you imagine anything better? Godward was known as a ‘High Victorian Dreamer’ and produced beautiful images of female figures in a romanticised world. 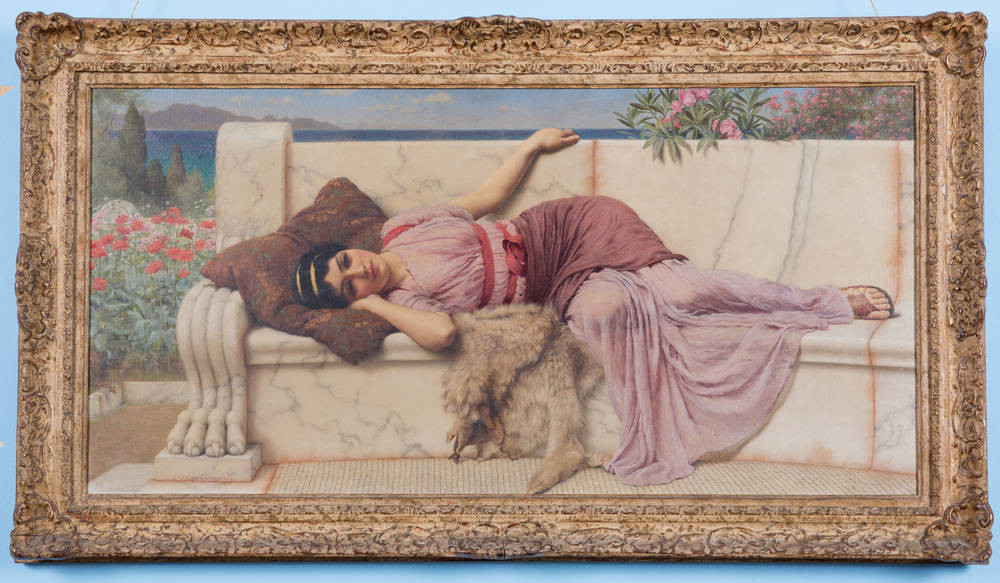 ‘On the Terrace’ by John William Godward 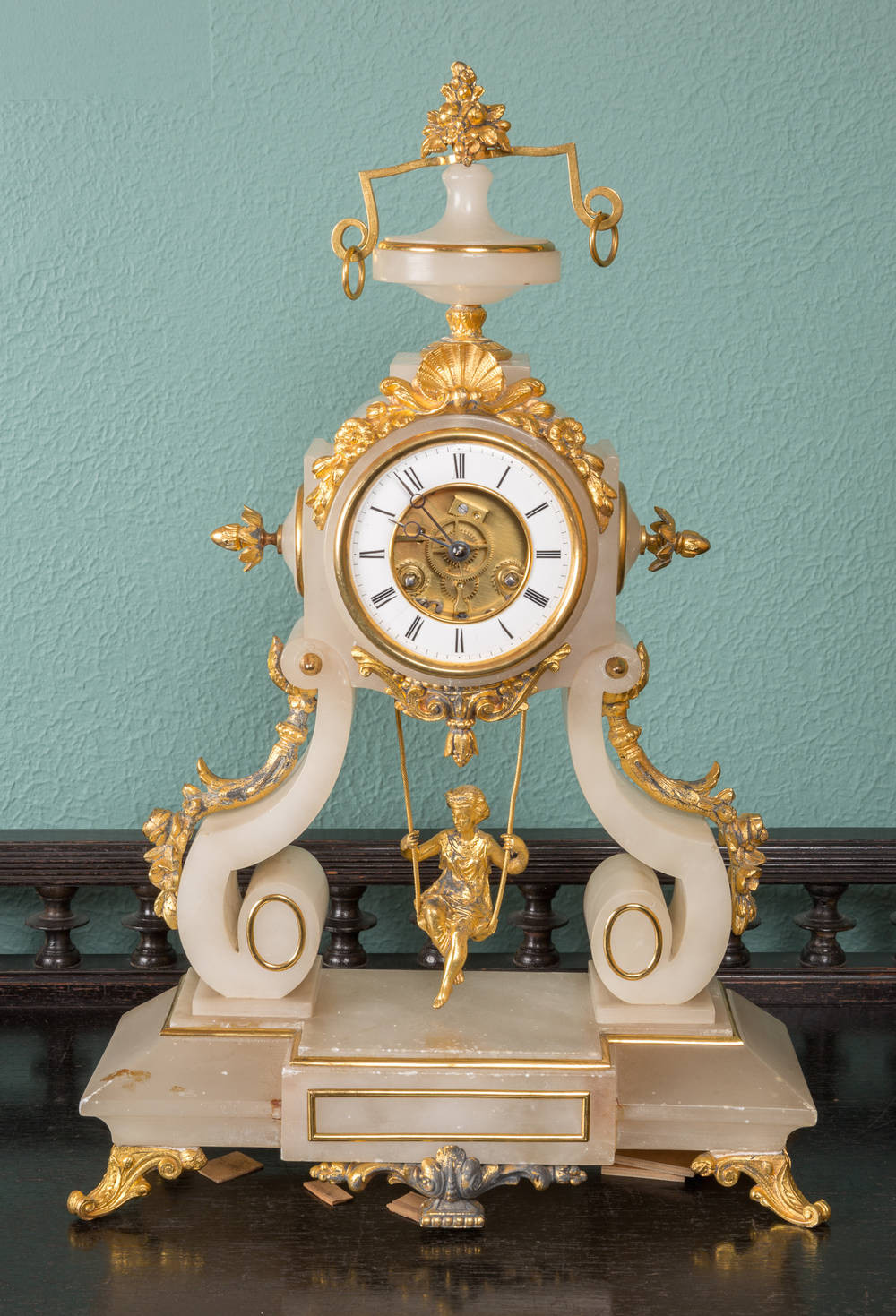 Another intriguing object is the French alabaster mantel clock with a female figure on a swing as a pendulum. Now in the parlour, it would have kept time during long summer afternoons like the ones we spent cataloguing this fantastic place.

This article is by Silvia Scopa. Project Reveal is a multi-site digitization project of unprecedented scale. It will result in an updated database with high quality images and unique object numbers for every item in the Trust material culture collections. With your support, we can help the Trust manage its collections more effectively. Most important, we can help the Trust discover, better understand, and share its treasures with the world.

This article was originally published by the National Trust for Scotland on June 13, 2018. 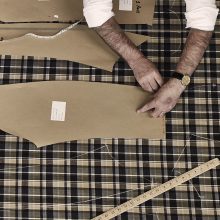 Interview with renowned fashion company Mackintosh, which pulls together British [...]