Get in the spirit of Burns Night with the White House Historical Association’s History Happy Hour – Scotland edition!

The White House Historical Association invites NTSUSA members and friends to connect with them virtually for 66 and 1600, part of its History Happy Hour series:

The man who built the White House; a hero of the Napoleonic Wars; the romantic Highlander invented by Sir Walter Scott; a murderer who inspired Dr Jekyll and Mr Hyde; a poem by Andrew Carnegie; a decadent society hostess….. 66 Queen Street, Edinburgh, Scotland has held the stories of extraordinary people and events since the late 18th century to the present day, among them connections to a burgeoning United States of America.

Author John D. O. Fulton joins us to share more about the fascinating stories from inside 66 Queen Street, Alistair McCulloch is featured on the Burns Violin, and The Macallan will perform a whisky tasting.

Members and friends of NTSUSA are invited to register for this virtual event hosted by The White House Historical Association. 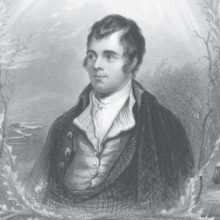 NTSUSA and OxCamNE will gather on Saturday, January 25th at the Hilton Back Bay, [...]