From the nickname ‘mother’s ruin’ to William Hogarth’s famous 18th-century print Gin Lane, the classic British tipple of gin hasn’t always enjoyed the reputation that it has today.

Gin first appeared in Britain in the early 17th century. It was produced on a large scale by Dutch and Flemish distillers in the mid-17th century, and was initially sold in pharmacies as a treatment for a wide range of medical ailments – anything from stomach problems to gout! However, it was the ‘Glorious Revolution’ of 1688, when William of Orange took the British throne, that catapulted gin into the popular culture.

Its initial popularity grew into what contemporaries called the ‘Gin Craze’ of the early 18th century. During this period the production of gin in Britain was unlicensed and it was often of a low quality, being flavoured with turpentine rather than the traditional juniper. Other spirits, such as imported brandy, were subject to heavy duty charges, which made them too expensive for many people. Gin quickly outstripped all other alcohol as the drink of choice and soon more than half of the 15,000 drinking establishments in London were gin bars.

However, before long gin developed a reputation as the root of society’s evils, with one magistrate complaining that it was ‘the principal cause of all the vice & debauchery committed among the inferior sort of people’. Contemporary cartoons, like William Hogarth’s Gin Lane, showed a dissolute society obsessed with the drink. 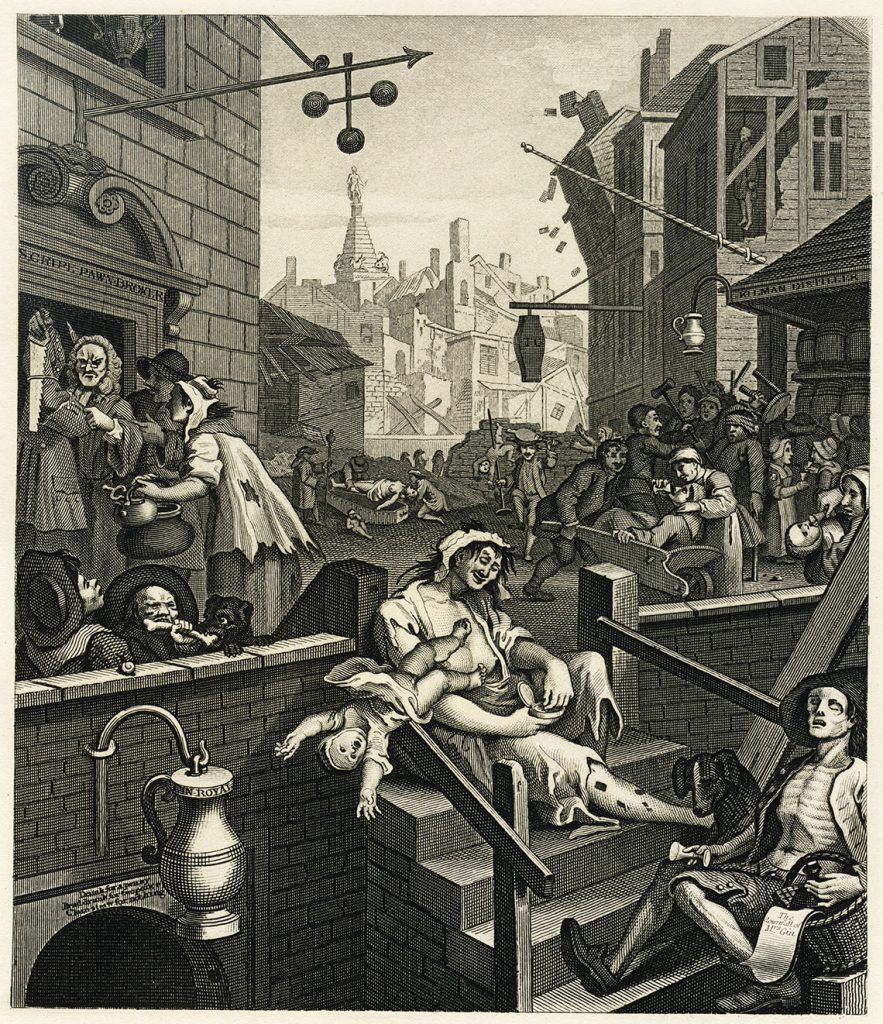 In an effort to rectify this, Parliament passed no fewer than five Acts in the 18th century that were designed to control the consumption of gin. These regulations, which required producers of gin to purchase licences and taxed the sale of the spirit, resulted in the gradual decline of gin consumption in the second half of the 18th century. However, this dip in popularity didn’t last long, and when gin came back into fashion it did so in style, with the creation of grand ‘gin palaces’ in the Victorian era.

In addition, specially made jugs were used to showcase gin in wealthy households. Having a separate decanter for each type of alcohol was common in high society in the 19th century, with houses often having wine ewers, claret jugs and whisky decanters. But something a little more unusual was created for gin – pig-shaped jugs, also known as ‘gin pigs’. Brodie Castle is home to two such creatures, made entirely from blown glass. 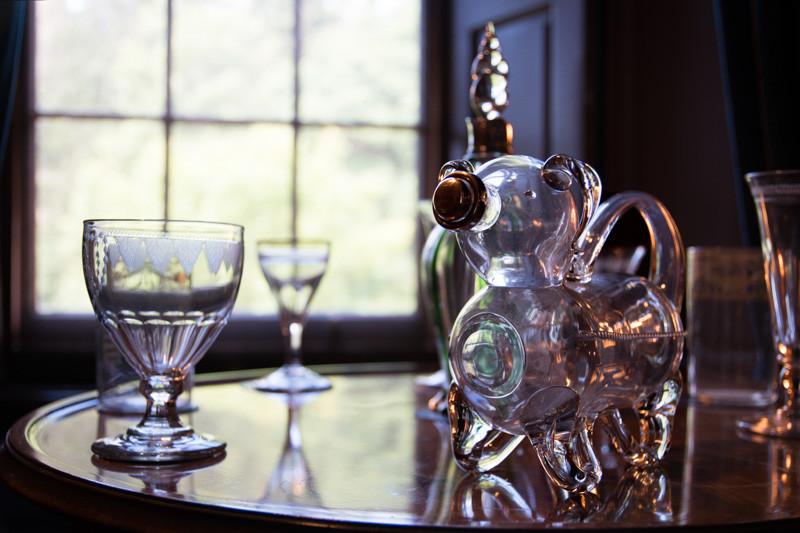 Like this example at Brodie Castle, gin pigs were made from blown glass and had silver stoppers.

One of the jugs has retained its silver stopper, which doubles as the pig’s nose. The hallmarks on this give us a few precious clues regarding its history, telling us that it was made in London in 1903 by makers with the mark ‘PLB&Co’.

However, there is a twist in this piggy’s tail, as it turns out our gin ‘pigs’ may have been misnamed! This style of jug was also common in Denmark at the end of the 19th century and in Danish they are sometimes known as fyldehund (‘fill the dog’). Gin pigs or gin dogs? We’ll let you decide! 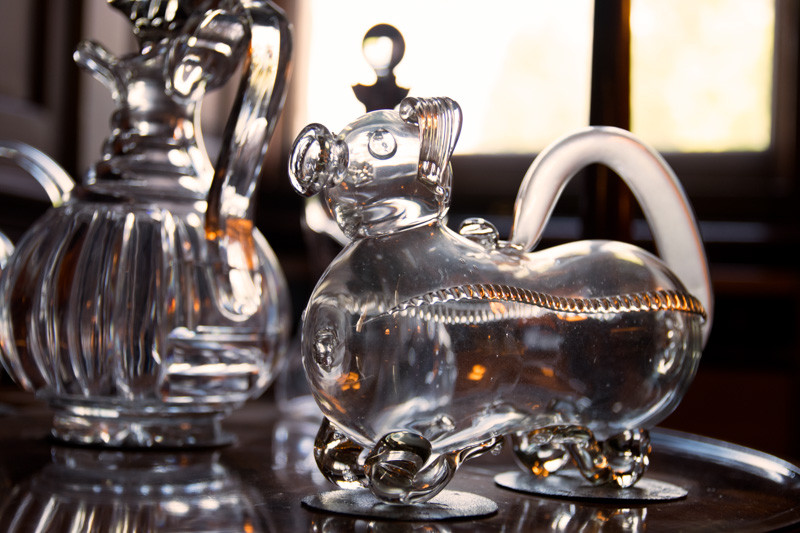 A gin ‘pig’ or is it actually a Danish fyldehund?

Originally published by the National Trust for Scotland on August 8, 2017.

A set of small glass bowls have long been on display in the State Dining Room at [...]