A blast from the Past

A blast from the past

Visitors to Culzean Castle will be very familiar with the two cannons that sit in front of the south side of the castle, overlooking the Fountain Court. 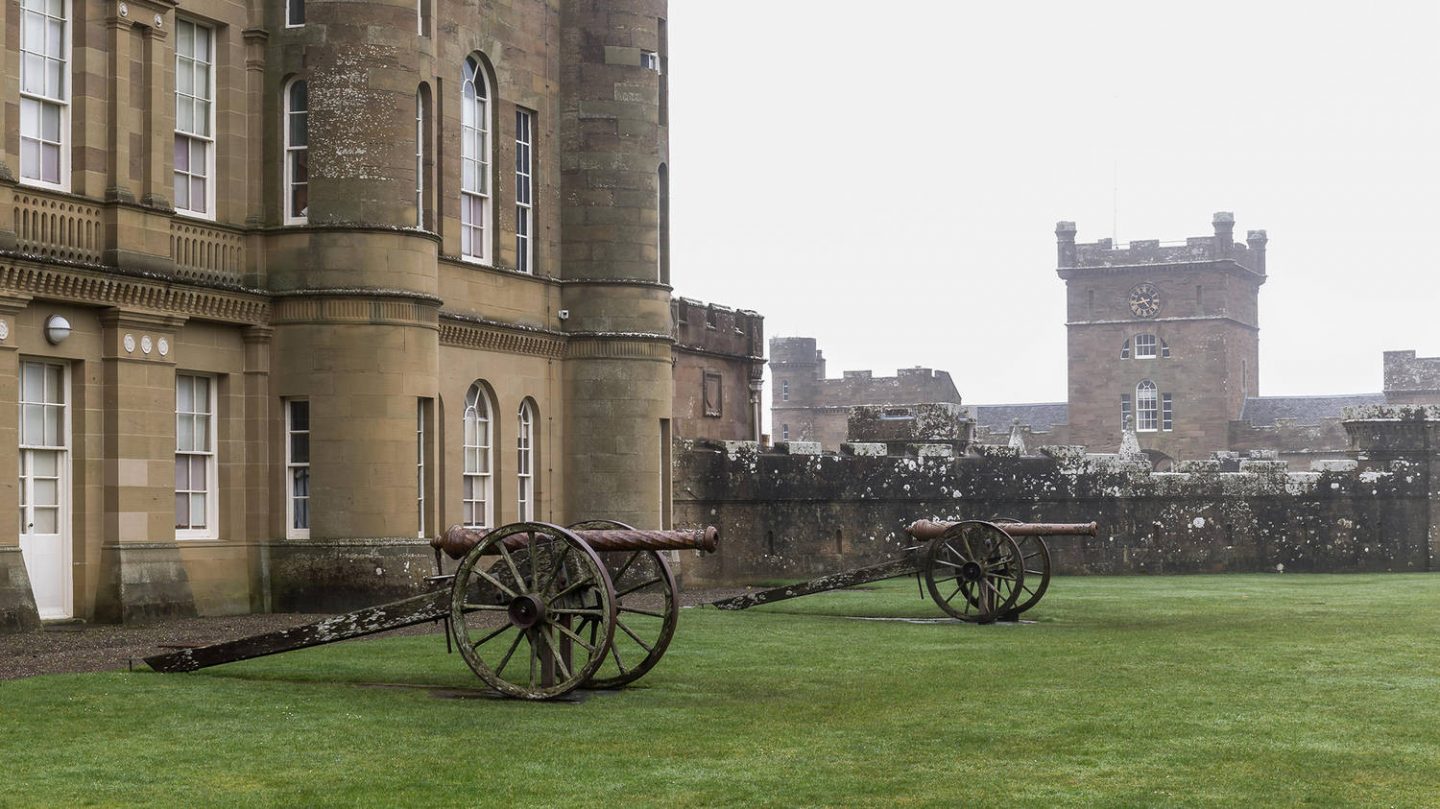 We often see children posing beside them, and visitors from all around the world have photographed them with the magnificent castle as a backdrop. Additionally, the lawn where the cannons sit is also where marquee weddings occasionally take place. The marquee incorporates the cannons as a special feature on these occasions! However, most people are completely unaware of the history of these cannons at Culzean – and how they were almost lost.

The year 1587 can be seen clearly on the barrel of the cannon.

The cannons are thought to have been at Culzean for around 250 years, although they are much older than that. The bronze barrels are believed to have been made in Sussex in the Tudor period; one barrel has the year 1587 embossed on it. Bronze, although more expensive than iron, has the benefit of being more pliable when hot and thus less likely to explode and kill the firing crew. Iron cannons could explode unexpectedly and were also heavier. The bronze cannons were more manoeuvrable on the battlefield, but as the bronze heated up they would become less accurate as the metal would droop. The cannons would have fired iron balls using black gunpowder. Later brass decoration added to the cast-iron barrels dates to the time of Queen Anne (1702–14).

During World War One, both barrels were actually buried on the estate. We think this was a precaution to prevent the Culzean estate becoming a target of enemy aircraft, particularly due to the prominent position of the castle on the Firth of Clyde. This same process was also carried out during World War Two, on the instruction of Lady Frances, Marchioness of Ailsa, ‘lest Culzean be identified by an enemy as a military establishment’. The burial of the metal cannons also saved them from being reused as scrap metal in 1940 to bolster the war effort. Unfortunately, the wooden carriages were left to rot away and the present carriages are a much later creation. Following the cessation of the war in 1945, the barrels appeared to have been forgotten about. It was only in the 1960s that a gardener cutting the grass with a lawnmower struck something hard. Once dug up, the restoration of the barrel was begun.

There was a rumour among staff at the castle that there were originally two cannons. Confirmation of this came from Culzean’s former cook – ‘Granny’ Clark. Aged 90 by this time, she remembered two cannons being situated on the south lawn. Following a search of photographic plates in the Culzean attic, a photograph was found showing both cannons in their original position. A mine detector was then purchased to attempt to locate the second barrel. This was used for many weeks but yielded nothing. Then a member of staff recalled that an area of the estate, which had previously been a lawn, had been planted with trees following the outbreak of the Second World War. As a result of exploration in this area, on 25 July 1966 the second barrel was discovered. Due to it having been plugged and coated with paint, its condition was remarkably good.

One of the two cannons at Culzean Castle

New carriages were built for the barrels, using the old photographs as a template. The cannons were returned to the battery lawn, where they have now been situated for over 50 years. We can thus thank a lawnmower and Granny Clark for their part in helping return the cannons to their proper place – for photographers to admire for generations to come.

Staring down the barrel

This article is by William Young, Project Reveal Inventory Officer, South West. Project Reveal is a multi-site digitization project of unprecedented scale. It will result in an updated database with high quality images and unique object numbers for every item in the Trust material culture collections. With your support, we can help the Trust manage its collections more effectively. Most important, we can help the Trust discover, better understand, and share its treasures with the world.

This article was originally published by the National Trust for Scotland on March 9, 2018. 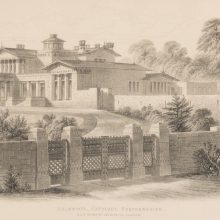 Project Reveal looks at Holmwood, one of the few surviving buildings designed by [...]