$90,000 was raised to support restoration of the Walled Garden at Culzean Castle in Ayrshire 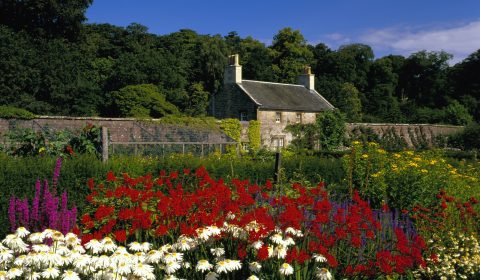 Inside the Walled Garden at Culzean

The National Trust for Scotland Foundation USA (NTSUSA) has successfully met a fundraising challenge announced in July 2016, raising $45,000 for the restoration of the Walled Garden at Culzean Castle & Country Park in Ayrshire. This amount, which was secured two months before the challenge deadline of December 2016, will be matched dollar-for-dollar by former NTSUSA Treasurer Kennedy Richardson, whose ancestors built Culzean. The funds will allow the National Trust for Scotland to move forward with its plans to restore the landscape into a fully functioning 19th-century kitchen garden.

“I am thrilled that 67 NTSUSA supporters from across the country came together to help us meet Kennedy Richardson’s challenge more quickly than we ever could have imagined,” said Kirstin Bridier, Executive Director of NTSUSA. “Thanks to their incredible generosity, the Walled Garden will be transformed into a living space where visitors of all ages can learn about gardening practices from more than a century ago.” The garden also will produce fruit, vegetables, and cut flowers for use on the estate and for sale to visitors.

“We are so grateful to our US supporters for their marvelous generosity and encouragement,” said the Chief Executive of the National Trust for Scotland, Simon Skinner. “Culzean Castle has been a potent symbol of the enduring connections between the USA and Scotland since part of the Castle was gifted to President Eisenhower in his lifetime in recognition of his wartime leadership. This makes the appeal and the donations raised especially meaningful, ensuring that we can go on conserving this spectacularly beautiful example of our shared heritage.”

“I am excited about the Trust’s plans to enliven Culzean’s beautiful grounds for visitors from all over the world,” said Mr. Richardson, “and I am delighted that so many Americans who share my love for Scotland have joined forces to make these plans a reality.” 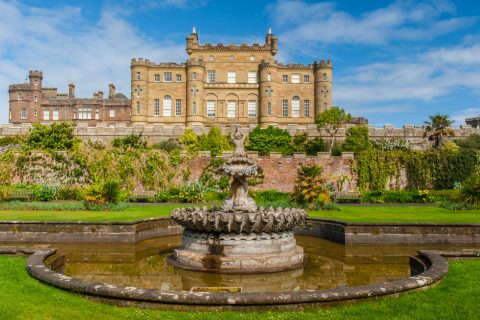 Culzean Castle & Country Park, located in Ayrshire, is one of the National Trust for Scotland’s most iconic and frequently visited properties and holds special significance for Americans due to its long and distinguished association with President Eisenhower, who was gifted an apartment at the top of the castle in recognition of his service in World War II. Originally the home of the Kennedys, an ancient Scottish family descended from Robert the Bruce, the elegant 18th-century design by Robert Adam is complemented inside by the art treasures it holds and outside by its dramatic clifftop setting, lush woodlands, and landscaped gardens. Culzean Castle is one of six key properties selected by the Trust for significant investment over the coming years. 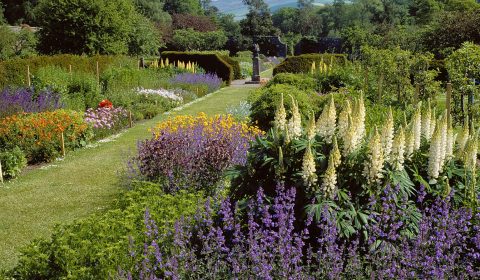 The Walled Garden, which is made up of a kitchen garden and tropical pleasure garden, lies at the heart of Culzean’s landscape. The garden was laid out between 1775 and 1786, and its features were ultra-modern for the time. Bricks were used to line the stone walls in order to retain heat, and greenhouses were built against a central hollow spine wall that was heated by flues.

The National Trust for Scotland plans to restore the landscape to its 19th-century appearance and use, planting fruit trees—espalier- and fan-trained apples propagated from historic varieties, as well as plums, pears, and blueberries—and undertaking urgent repairs to the historic greenhouse. The Walled Garden will feature year-round fruit and vegetable production and new facilities for the sale of produce and cut flowers.

In contrast, the exotic and tranquil surroundings of the adjacent Lady Ailsa’s Pleasure Garden will provide visitors with the opportunity to experience leisure in the Victorian era. Redesigned herbaceous borders and lozenge-shaped beds will enhance colorful summer displays. Interpretation will provide information about the plants within the gardens and will also tell the stories of the people who worked and played there. 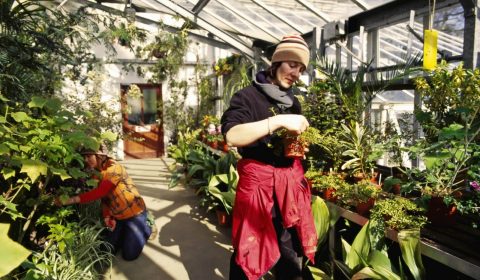 Historic bothy buildings along the spine wall will provide workshop space for a range of learning activities. The restored Walled Garden will result in a more immersive and engaging experience for visitors to Culzean, offering a chance to reconnect with nature in an inspirational and historic setting and creating a center for excellence in historic horticulture.

Culzean Castle & Country Park has been the previous beneficiary of American generosity, with projects including the restoration of the Camellia House recently supported by NTSUSA. The property’s Adventure Cove Playpark, underwritten by an American donor, was designed for families visiting the site. NTS memberships sold at the site have increased by 20%, and general admission is up 17% at Culzean, since the bespoke playground opened to the public in fall 2015. 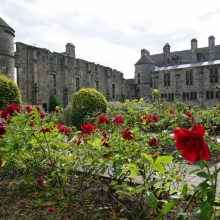