An Adventure on the Isle of Arran

Saltire Scholar Eilidh describes her day trip to the Isle of Arran, where she visited Brodick Castle, explored the Country Park, and reached the peak of Goatfell.

To round off my road trip adventure, my last stop was a day trip to the Isle of Arran. I have many fond childhood memories of going on holidays to Arran, camping overnight and exploring the endless beaches. The last time I visited the island was several years ago in winter, so I was looking forward experiencing Arran in much sunnier, brighter weather! Early in the morning, I made my way to Ardrossan on the west coast of Scotland to catch the ferry. After the hour-long sail to the shores of Arran, I arrived at the picturesque village of Brodick.

I walked along the sandy shore to Brodick Castle, which overlooks the Firth of Clyde, and instantly got lost in the vast Country Park and its many different trails and attractions before even arriving at the Castle. Naturally, I made a quick detour to the Red Squirrel Hide to see if I could spot any of the elusive beasts – I did manage to see just one before it scampered off into the trees! After waiting for some time in hope of spotting another, I admitted defeat and made my way to the Castle in time to take a tour.

Brodick Castle has a long, complex history, and the interior you see today emulates the luxuries from the Victorian era. The Castle was once the ancient seat of the Dukes of Hamilton, and bore witness to their long ancestral line for over 500 years, before being acquired by the National Trust for Scotland in 1958. Perhaps most notably, the Castle was home to the 11th Duke of Hamilton and his wife, Princess Marie of Baden, and their marriage was honored through the construction of the grand Drawing Room. Throughout the Castle, valuable artifacts and portraits give an insight into their livelihoods and their time at Brodick Castle, such as the authentic deer mounts adorning the walls, highlighting that the Castle was once also a hunting lodge. After touring the Castle, I paid a visit to the glorious grounds again. One thing not to miss is the Bavarian summerhouse, designed by Princess Marie herself. The unique exterior is decorated with thousands of pinecones, assembled in intricate flowing designs, and it is easy to lose track of time staring at the ceiling and walls’ elaborate patterns. Remarkably, the design is still intact from when it was initially constructed over 175 years ago – it really is something to see to believe!

After exploring everything Brodick Castle has to offer, I set my sights on Goatfell, the highest peak on the Isle of Arran. The hike began with an ascent through the woodlands behind Brodick Castle, and once reaching the path to Goatfell, the rest of the path was like one continuous stone staircase. On some occasions, I had to clamber over small streams and jump over bogs. Throughout my road trip adventure, the weather was remarkably good for Scotland, and especially so on my day trip to Arran. I realized whilst making my way up the hill how much more enjoyable hiking is when you aren’t battling out against treacherous rain and wind! The hike finished with a fun yet perilous scramble to the top, and once I made it to the peak, it was joyful to be surrounded by other hillwalkers celebrating reaching the summit of Goatfell too. The views from the top were nothing short of spectacular, with scenic views over the Firth of Clyde, where I spotted the very same ferry that brought me to the island. Going down the mountain, I made my way back to Brodick village just before the last ferry home, and managed to quickly grab some dinner from the local takeaway shop too, which was well-deserved after a long, packed day.

The view from the peak of Goatfell

Reflecting on my road trip adventure overall, my trip has reminded me how rich and varied Scotland’s history is. I’ve visited battlefields from the Jacobite era, architectural masterpieces from the 20th century, grand castles, and some of the finest estate homes in Scotland. The properties I visited were both out of curiosity and spontaneity – as there are so many properties all over Scotland, no matter where you go, you’re likely to pass by one without planning to. Although I mainly travelled by car to the properties, I also discovered that it is not always as difficult to reach the beautiful Highlands and Islands as I’ve always assumed. Lastly, this trip has encouraged me to keep learning about the country I call home: its culture, history, and landscapes have so much to offer, and I have only scratched the surface on this trip. Each unusual artefact, walled garden, and mighty mountain peak tells a different part of the story of how Scotland became the country it is today, and there’s so much more I want to uncover. 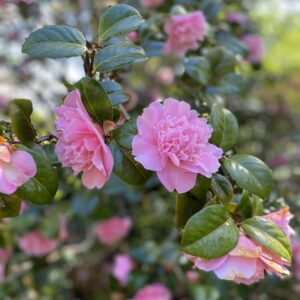 Rugged Beauty: The Gardens of Ayrshire, Arran, and Argyll