Project Reveal Team West has recently started the inventory of the Tenement House, the former home of Miss Agnes Toward and her mother, Mrs Agnes Toward.

The Tenement House, at 145 Buccleuch Street, was purchased by the National Trust for Scotland in 1982. With the exclusion of a few objects, the entire collection contains the personal items of Miss Toward, who lived here between 1911 and 1965. Miss Toward liked to keep everyday objects and was reluctant to throw anything away. She has left behind a remarkable personal archive, which provides a window into the life of an independent Glaswegian working woman in the first half of the 20th century.

Miss Toward’s father, William Toward, had built up a successful metal merchant business in Glasgow and was financially comfortable. However, his death in 1889, when Agnes was just three, meant that the family lost their home. State pensions for widows were not available until 1925, and as there was no scheme for social care Mrs Toward needed to rely on her own income to provide for the household.

In 1911, Mrs Toward and her daughter moved into 145 Buccleuch Street, having lived at various addresses in the Garnethill area. Built in 1892, this middle-class two room and kitchen tenement was comfortable, with an indoor bathroom, running water and gas lighting. 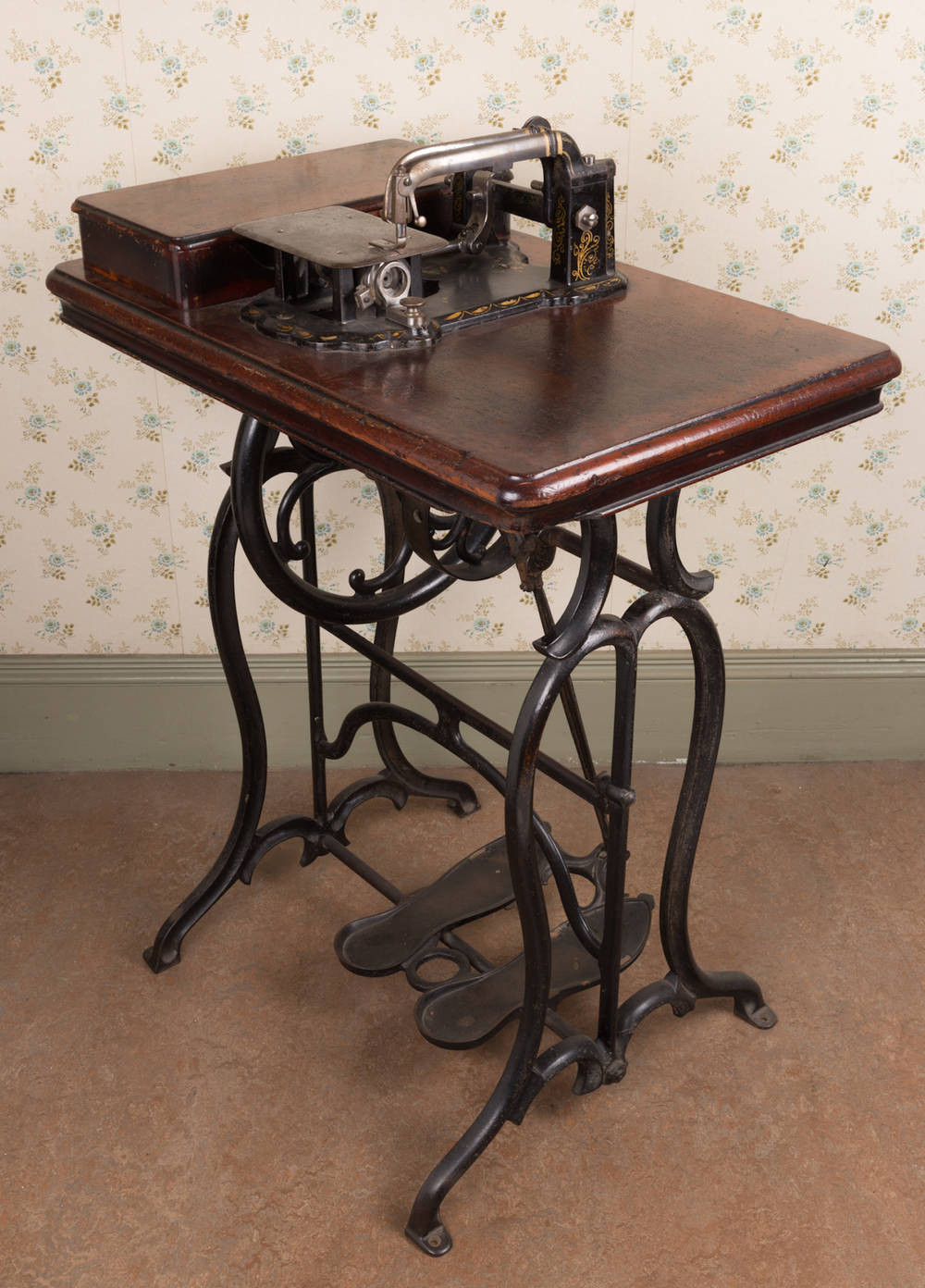 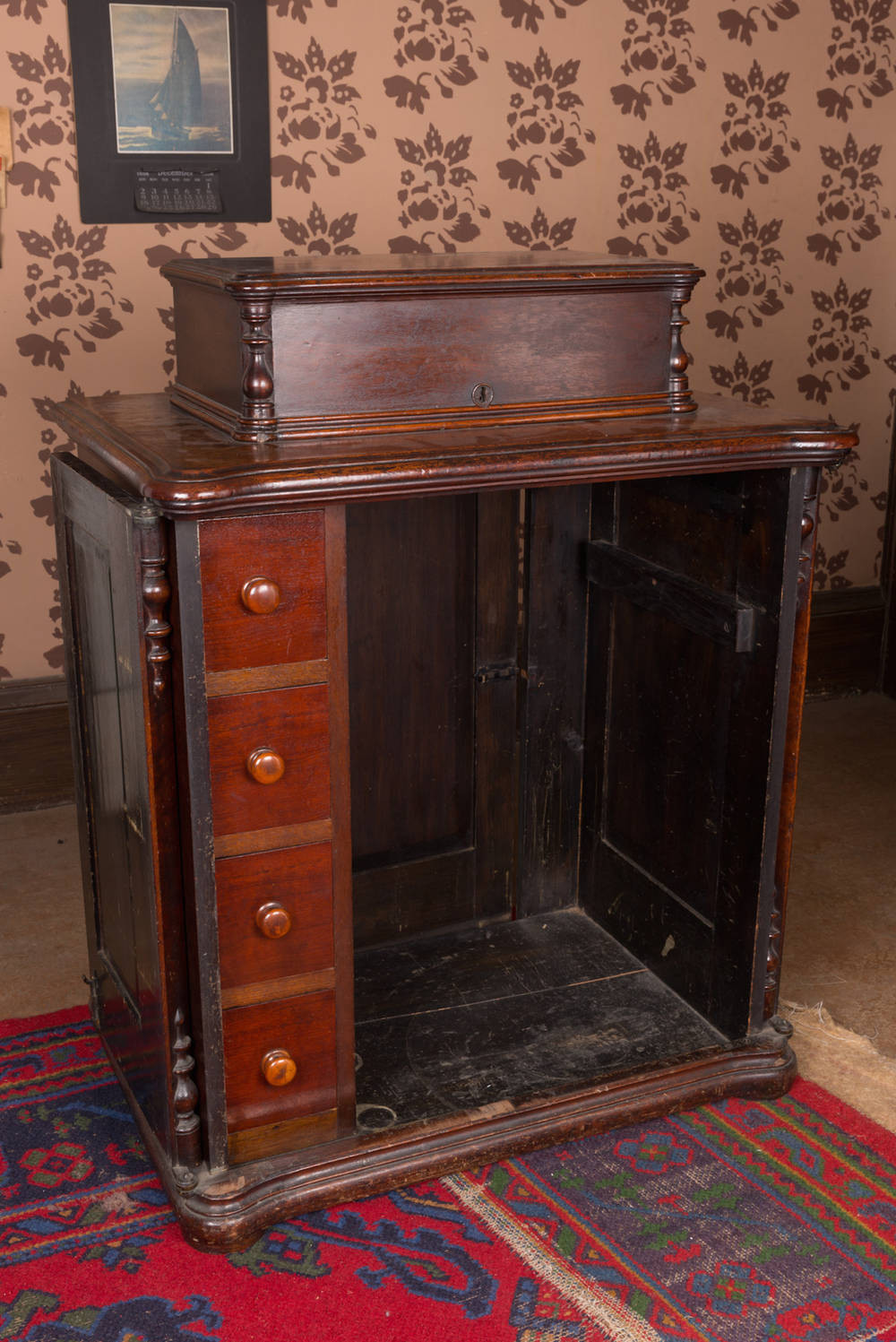 Mrs Toward was a dressmaker with shops on Allison Street and Sauchiehall Street, as well as working from home for private clients. From time to time she took in a lodger to supplement her income, and this person occupied the bedroom while Mrs Toward and Agnes would have shared the recess bed in the kitchen. Occasionally Mrs Toward also accepted help from the Glasgow Benevolent Society and Hutchesons’ Hospital.

To help with the family finances after leaving school, Miss Toward took a shorthand typing course at the Glasgow Athenaeum Commercial College, probably because it was relatively affordable. In 1907, she took a shorthand typist role with shipping firm Miller & Richards, before moving to Prentice, Service & Henderson in 1914, where she remained for almost 50 years. Most of her colleagues would have stopped working after they were married, but Miss Toward never married and continued to work until the age of 73. 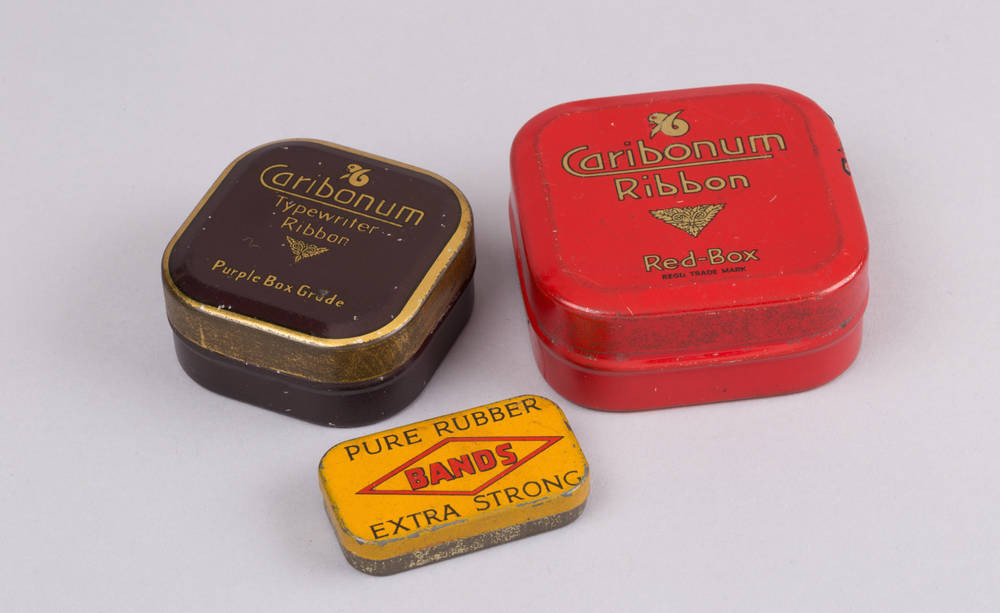 Typewriter ribbons from the collection in the Tenement House

While working full-time, Miss Toward also had domestic responsibilities, including cooking, general housekeeping and daily cleaning of the kitchen range. She did her own cooking and baking, and the collection in the Tenement House holds an assortment of recipes and a jar of plum jam from 1929!

Living in a tenement came with a communal responsibility of cleaning the close and stairs of the building. They needed to be swept every morning and washed at least twice a week, and each tenant was responsible for a designated area. The shared garden also had a wash-house, sadly now demolished, and Miss Toward had access to this once a month to use the sink, boiler and mangle. She nursed and cared for her mother during her later years, and after her mother’s death in 1939 Miss Toward continued to live in the house alone. 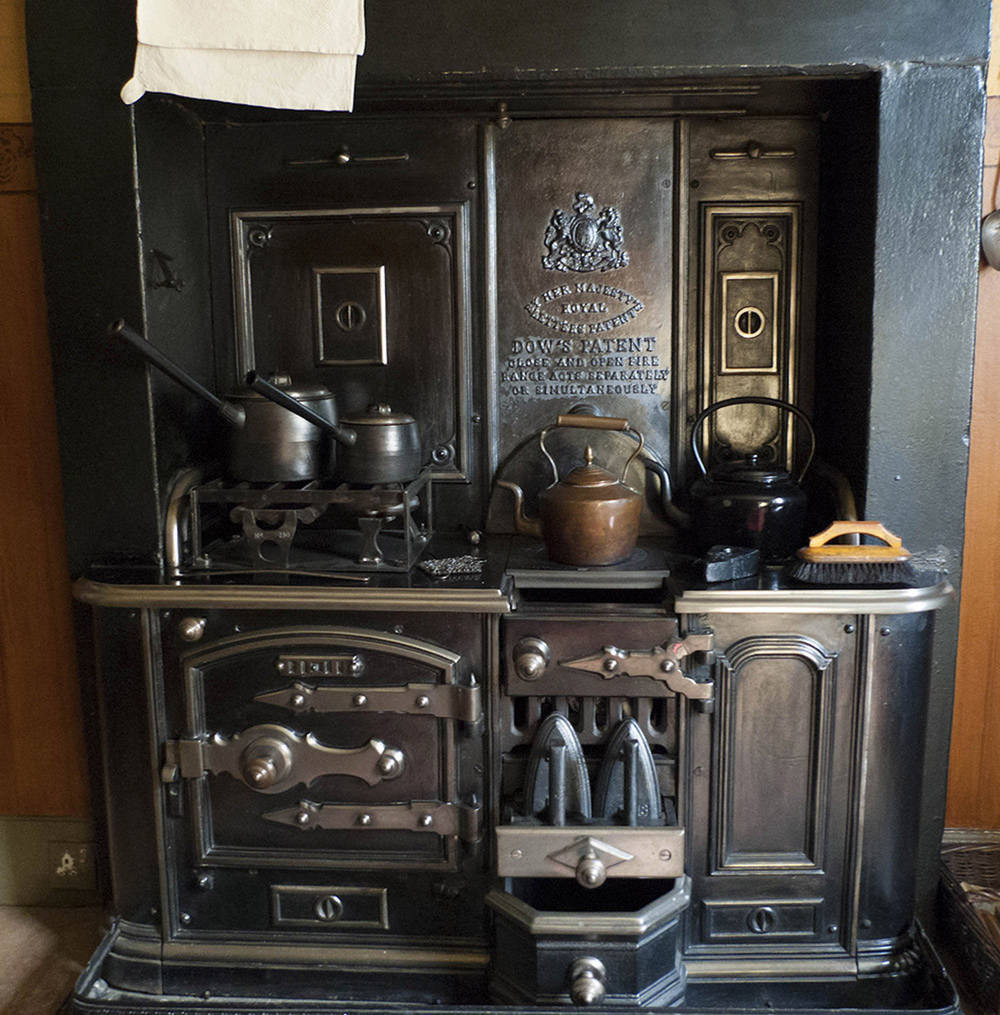 Although her income as a shorthand typist was modest, Miss Toward and her mother enjoyed summer holidays at Clyde coastal resorts, arriving there by paddle steamer. In later years, Miss Toward would travel by train to west coast resorts such as Largs, and during the war years she took holidays in Kent. Miss Toward had an active social life, attending Wellington Church in the west end of Glasgow, going to the theatre and writing to pen pals. She also attended the 1938 Glasgow Empire Exhibition in Bellahouston Park. 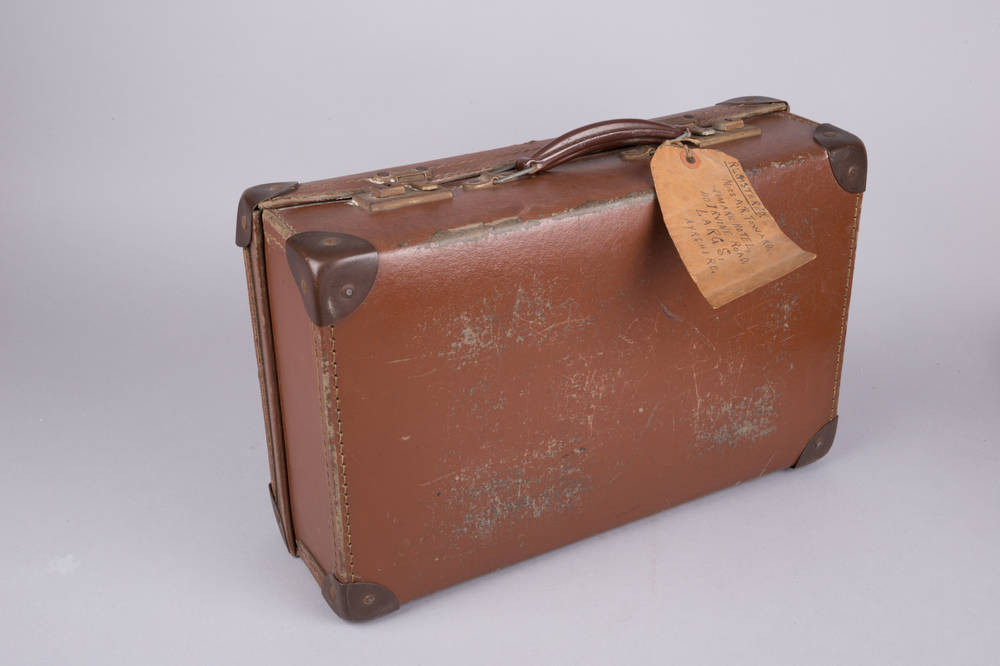 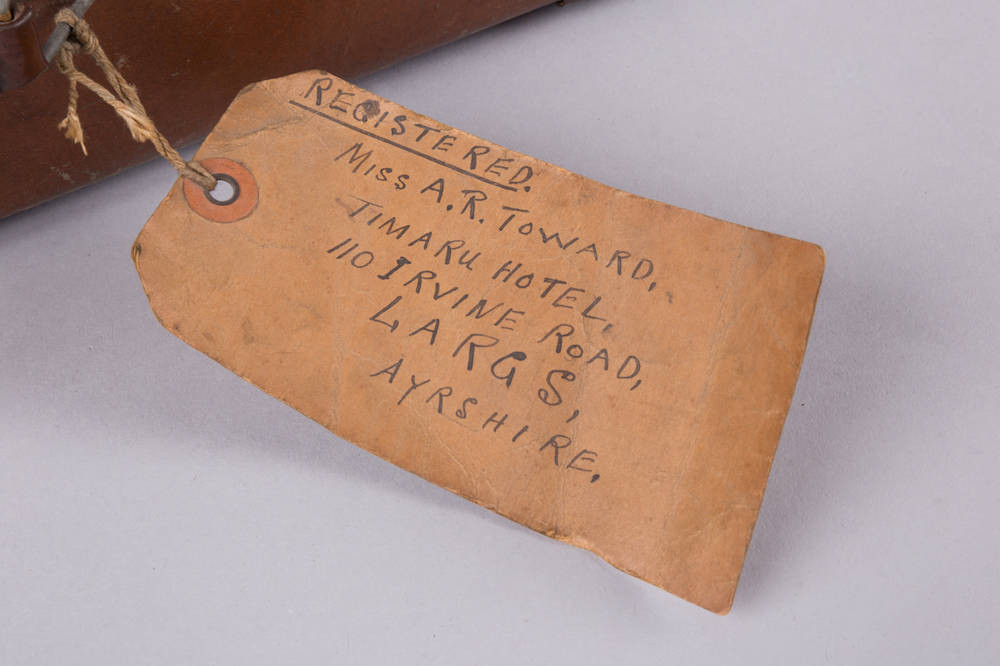 This article is by Demi Boyd, Inventory Officer Team West of Project Reveal. Project Reveal is a multi-site digitization project of unprecedented scale. It will result in an updated database with high quality images and unique object numbers for every item in the Trust material culture collections. With your support, we can help the Trust manage its collections more effectively. Most important, we can help the Trust discover, better understand, and share its treasures with the world.

This article was originally published by the National Trust for Scotland on February 21, 2018. 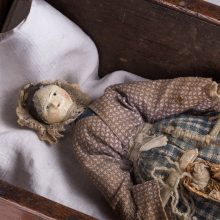 Project Reveal goes to the Weaver's Cottage in Kilbarchan, investigating more than [...]