Paradise Itself: The Architecture of Alexander ‘Greek’ Thomson

Join NTSUSA executive director, Kirstin Bridier, at the Walters Art Museum in Baltimore on November 17th for a lecture held in conjunction with the exhibition Designing the New: Charles Rennie Mackintosh and the Glasgow Style. Charles Rennie Mackintosh is widely recognized as Scotland’s most famous architect and one of the founders of the Glasgow Style of Art Nouveau design. But Alexander ‘Greek’ Thomson actually made a much bigger impression on the cityscape of Glasgow during his lifetime. Thomson created works of jaw-dropping exoticism, combining Ancient, Egyptian, and Oriental influences—despite the fact that he never even crossed the English Channel.

Working within the context of the rapidly expanding Second City of the Empire, Thomson’s obsessive, almost religious devotion to repetition and horizontality resulted in a series of proto-Modern warehouses, terrace houses, and villas that anticipate the work of architects like Frank Lloyd Wright and Mies van der Rohe.

Thomson represented Glasgow’s architectural establishment for almost four decades, setting the stage for Mackintosh’s groundbreaking abstraction. Through an exploration of Thomson’s work, including his domestic masterpiece, the suburban villa Holmwood (1858), this lecture will draw connections and comparisons between the two giants of Glaswegian architecture—and the Modern architects that followed.

Paradise Itself: The Architecture of Alexander ‘Greek’ Thomson

The lecture is free, but registration is requested. 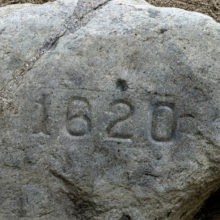 Join us for an evening of comradeship as we prepare to celebrate the Plymouth 400 [...]