Welcome back to the Fens, Robert Burns!

Boston’s statue of Scottish poet Robert Burns and his faithful canine companion, Luath, was returned to its original location in the Back Bay Fens after more than four decades in the Financial District’s Winthrop Square.

Robert Burns in the Back Bay Fens

Henry Hudson Kitson’s statue of Scotland’s National Bard was first unveiled by a group of Burns-lovers led by then-Governor Calvin Coolidge on January 1, 1920. The sculpture was commissioned and sited in a friendly rivalry with Daniel Chester French’s memorial to Irish Poet John Boyle O’Reilly. One night in 1975, the sculpture of Burns was abruptly moved to Winthrop Square with little public discussion. Community members protested, urging the city to return the statue, but Burns continued his stay in a square downtown named after John Winthrop, the first governor of Massachusetts Bay Colony. Confusing, right?

After a prolonged community effort, the 99-year old statue of Burns finally returned home to its original place in the Fens — in time for its 100th birthday in January.

The National Trust for Scotland Foundation USA was delighted to team up with Millennium Partners, Boston Parks and Recreation Department, City of Boston Office of Arts and Culture, Fenway Civic Association, Fenway Alliance, Emerald Necklace Conservancy, and Samuels & Associates to celebrate the re-installation of the statue. The rededication ceremony, held on Wednesday, October 30, 2019, was filled with songs, recitations, and piping in the spirit of the statue’s original dedication ceremony, held nearly one century ago.

NTSUSA executive director, Kirstin Bridier made remarks welcoming the statue back to the Fens.

We were thrilled to be a part of the rededication ceremony that honored the man, who from the humblest beginnings came to embody the passionate, artistic, egalitarian, entrepreneurial, and fiercely independent Scottish character. 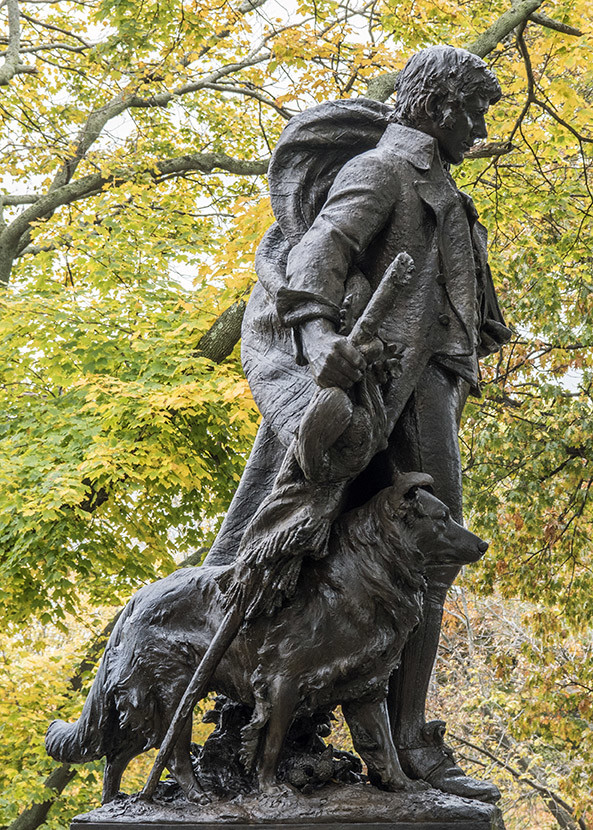 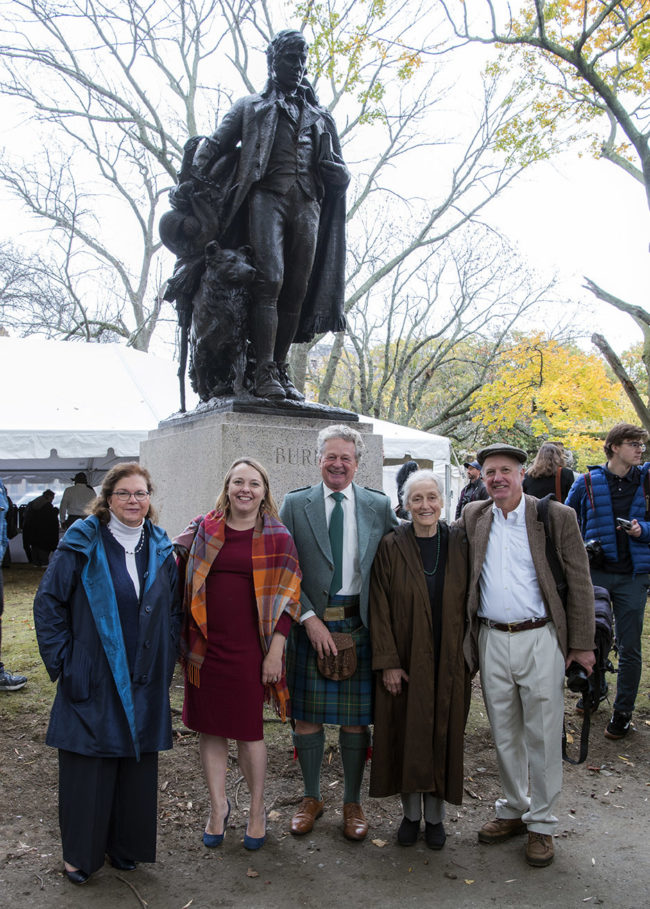 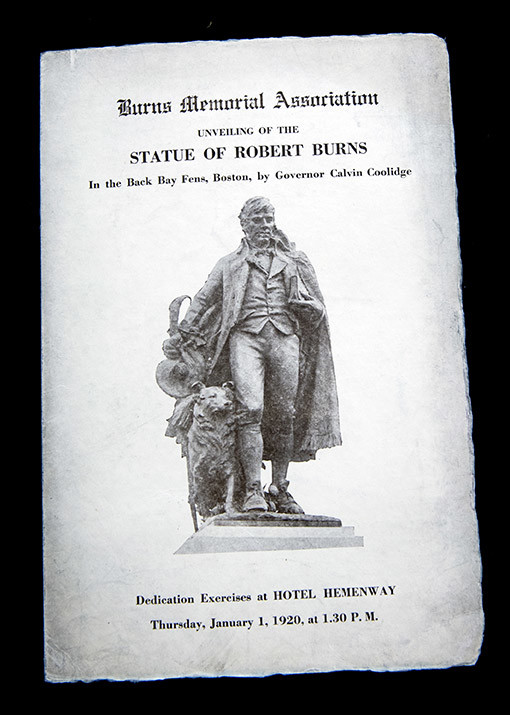 We had the original program on hand from the 1920 statue dedication. Image courtesy of Joe Brooks. 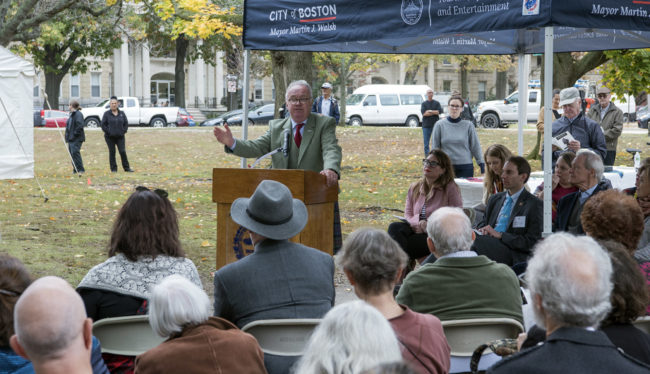 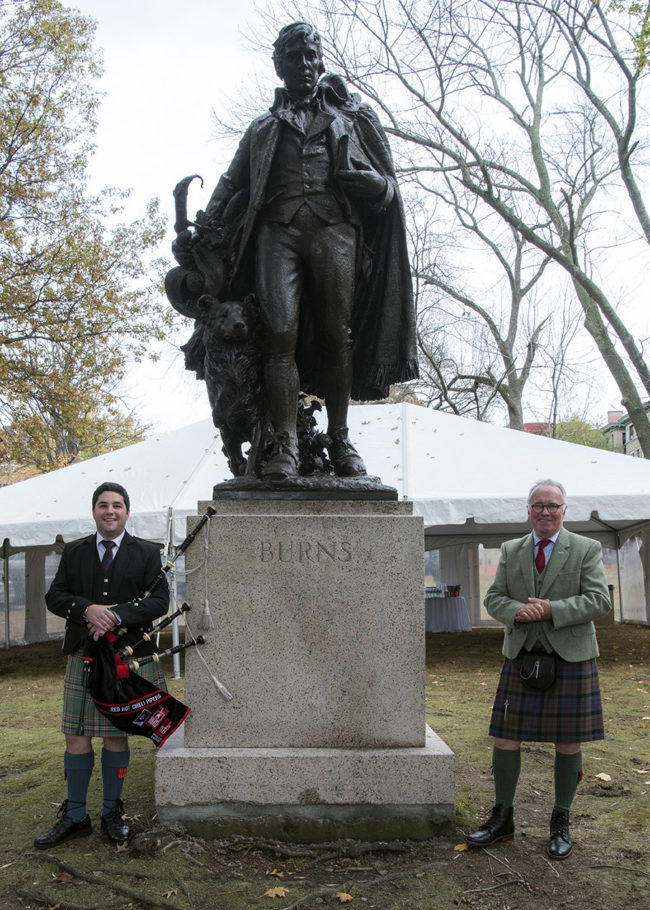 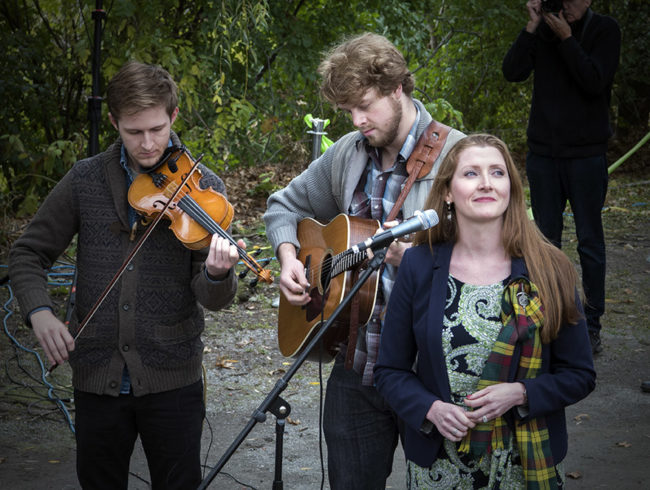 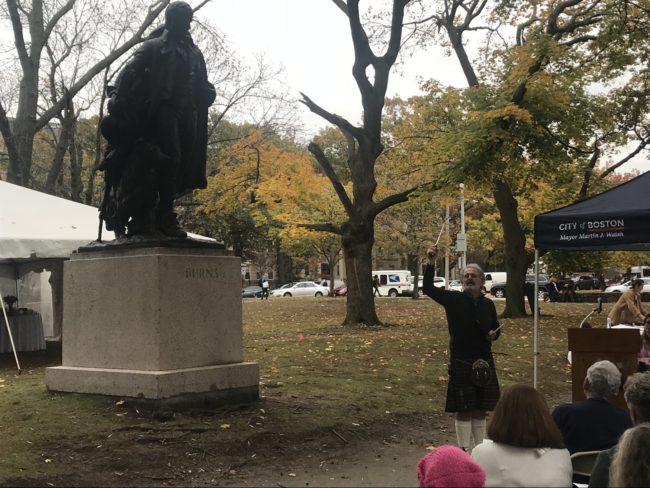 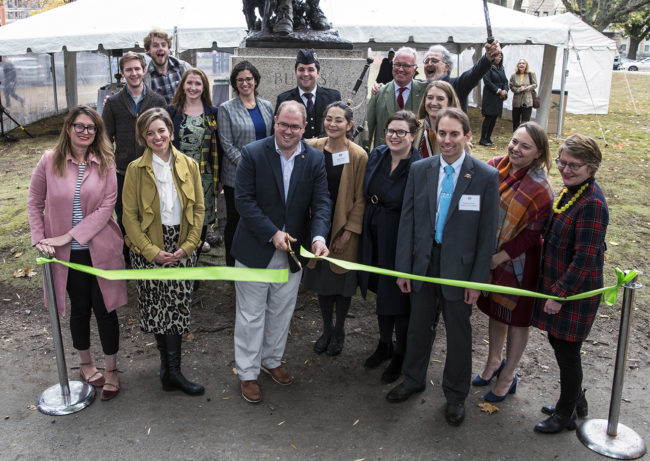 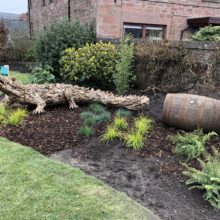 Contemporary artworks are featured at many National Trust for Scotland properties. [...]