Save the Honresfield Library and Bring Burns Home

Some of Robert Burns’s earliest-known works are among the treasures held in the Honresfield Library, a “lost” private collection that has recently come up for auction at Sotheby’s. Now the National Trust for Scotland is joining forces with cultural organizations across the United Kingdom in a bid to save this precious piece of literary history for future generations.

The Honresfield Library is something of a legend among booklovers and academics. Seen in person by only a handful of scholars, this extensive and rare private collection of manuscripts, first editions, and letters has been almost entirely inaccessible to the public since the 1930s. In fact, the collection’s fate was unknown and it was assumed that the library had been broken up and sold.

That was until earlier this year, when it was announced that the Honresfield Library was intact and that its current owner intended to sell the collection at auction.

Amassed by mill owner William Law in the 1890s, the collection includes first editions of Dickens and Gaskell, poems from Tennyson and Byron, rare Brothers Grimm fairy tales, and the first English translations of Homer and Plutarch. The library has also revealed a huge cache of Brontë and Austen books, letters, and manuscripts: there are first editions of Emma, Pride and Prejudice and Wuthering Heights with handwritten annotations from the authors. Among the Austen collection are personal letters to her sister Cassandra, and there are seven of the ‘little magazines’ that Charlotte Brontë handwrote at her kitchen table. These are incredibly rare finds.

Within the library are exceptional items relating to Sir Walter Scott and Scotland’s national bard, Robert Burns. The manuscript of Scott’s Rob Roy — each page a dense block of minimally-corrected text suggestive of rapid and unbroken creativity — is the only Scott novel in manuscript remaining in private hands. The estimated sale price of this piece alone is $1.4 million. 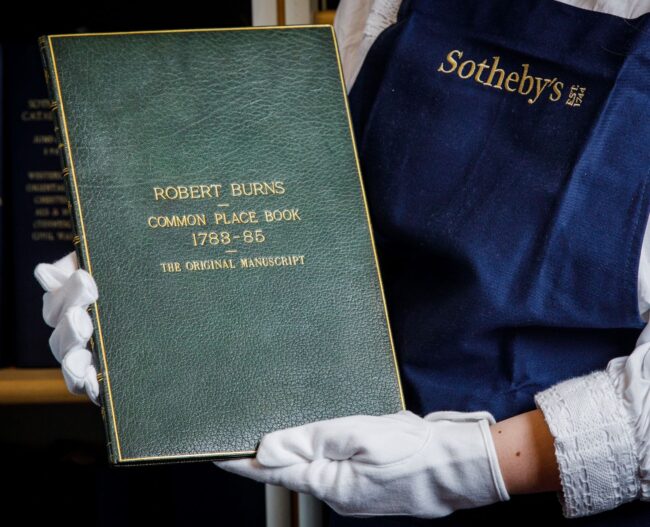 Most significantly for the National Trust for Scotland, the library includes loose leaves of Burns poems written in his own hand, as well as his original First Commonplace Book manuscript, a volume of poems that charts his poetic apprenticeship from 1783 (when he was just 24 years old) to 1785, before he became the toast of Edinburgh and the whole of Europe.

The First Commonplace Book is known as one of Burns’s earliest literary works. The Honresfield Library collection also holds some of the poet’s earliest correspondence, including a letter to his wife Jean Armour and the only extant letter to his father.

The rediscovery of the Honresfield Library was cause for celebration, but excitement about its existence was quickly followed by dismay: this wonderful collection would likely be broken up and sold into private hands, scattering it around the world and very possibly lost from public view forever. 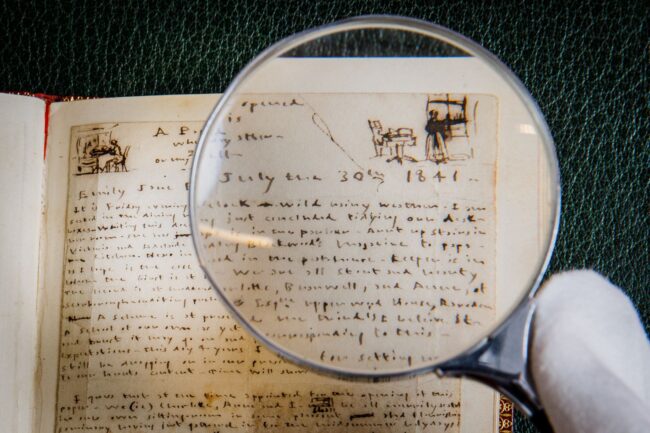 Individual institutions are regularly outbid at auction, as our limited funds are no match for those with deeper pockets. That’s why a UK-wide consortium of museums, libraries, and charities, spearheaded by the Friends of the National Libraries, is partnering to save the Honresfield Library for the benefit of the nation.

Partners include the British Library, Oxford’s Bodleian Library, Abbotsford, the National Library of Scotland and, of course, the Trust. If we can raise $21 million as a group, the Honresfield Library and its treasure trove of manuscripts, letters, and books will be saved in its entirety for the nation. It will remain intact and be publicly accessible for the first time.

How Americans Can Help

The tremendous importance of this material is motivating the Scottish organizations within the UK-wide consortium —the Trust, the National Library of Scotland, and Abbotsford (the house museum of Sir Walter Scott)— to come together to secure these literary treasures for Scotland. And in the US, The National Trust for Scotland Foundation USA is partnering with the American Patrons of the National Library and Galleries of Scotland to support this consortium’s efforts. 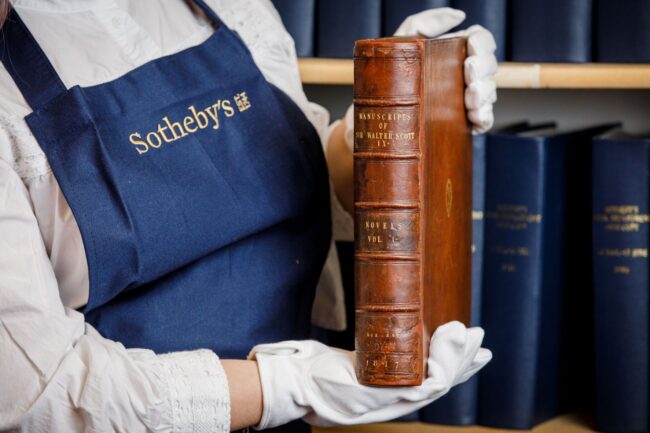 NTUSA is looking to our generous supporters to play a crucial role in the acquisition of this incredibly important piece of British history and culture. If we are successful, this invaluable collection will not only remain intact, but will be made publicly accessible for the first time.

Given the significant collection already housed at the Robert Burns Birthplace Museum, we cannot miss out on this wonderful opportunity to unite more of the works of Scotland’s national poet. This is fundamental to our core mission of ensuring that Scotland’s heritage is valued for everyone and protected now and for the future.

With your help, we can bring these precious works of literature home where they belong, guaranteeing they will be professionally conserved in perpetuity and, most importantly, shared with the public.

YOU can be part of this unique effort. Donate today to help us bring Burns and Scott home.