The Ghosts of Culzean Castle

‘So you work at Culzean Castle – have you ever seen a ghost?’ 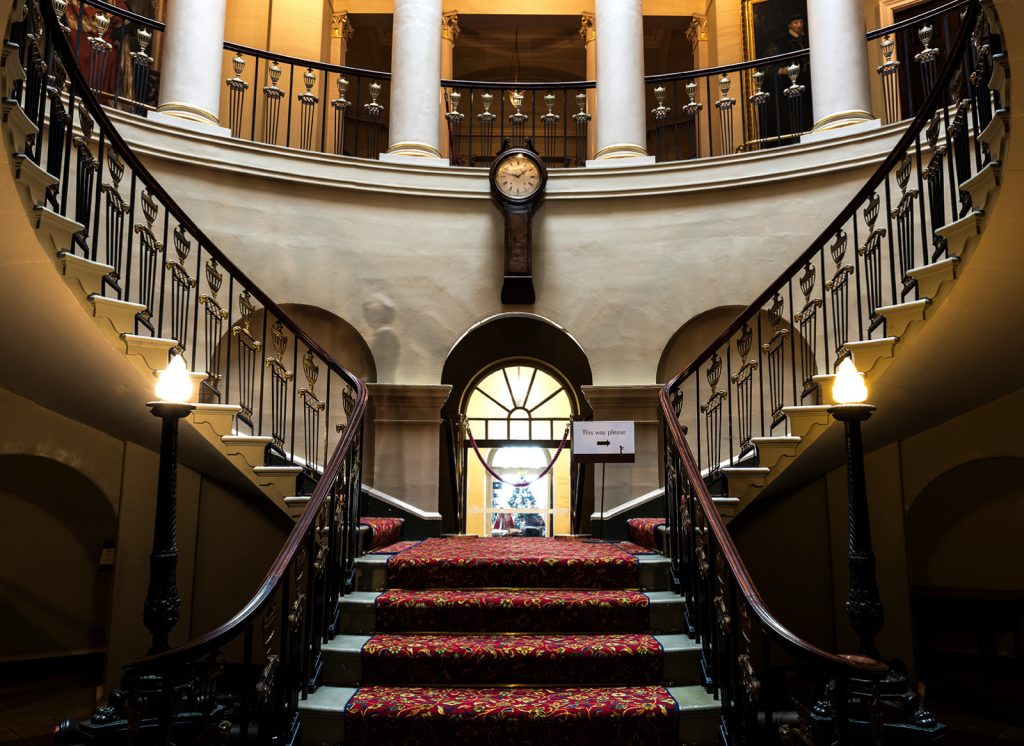 Working for the National Trust for Scotland has afforded me some unique opportunities, most notably being able to access the parts of properties that visitors are unable to visit – the doors marked ‘No Entry’ or ‘Staff Only’. Immersing myself on a daily basis in so much history is an absolute joy, although my experiences are perhaps not always fully appreciated by my friends and acquaintances. During conversations the subject of work invariably comes up. When I say I work in a castle there will always be one or two inevitable follow-up questions …

‘Have you ever broken anything?’ Or the most popular: ‘Have you ever seen a ghost?’ So with this article, in a way I’m hoping to answer those questions as succinctly as possible – ‘Not yet’ to the former and ‘I’m not sure’ to the latter.

Culzean Castle is steeped in some wonderful and occasionally bloody history, and there are bound to be a few stories of paranormal goings-on. As it happens, Culzean has its fair share of ghost stories. Depending on who you ask, some will say there are five ghosts, although the general consensus (and by that I mean Wikipedia) is that there are seven. Some naysayers claim that the whole thing is a load of hokum and people are just feeding into their own fears of the unknown. They’ve read stories about the ghosts, so they’re more likely to convince themselves they’ve seen or heard something that wasn’t there to begin with – but it’s not really my place to say.

One of the most famous ghost stories connected to Culzean is that of the piper who, together with his dog, was sent into the caves below the castle. He was to work his way from the entrance below the castle to an exit on a hill some distance away to prove to local residents that the caves weren’t haunted. The story goes that the piper started skirling at the foot of the cliffs and entered the caves, followed by his loyal companion. The howling of the pipes could be heard from inside the castle, high above on top of the cliffs. As the howl started to fade, people assumed the piper was making his path through the caves, but then the piping stopped, the occasional barks from the piper’s dog stopped and no-one emerged from the cave’s exit. Assuming he might have got stuck, a party went to search for the piper, but to no avail. The piper and his dog were never seen or heard from again. Or were they? Local legend says that on the eve of a Kennedy family wedding, the sound of pipes can be heard emanating from the caves below the castle and a lone figure can be seen standing on Piper’s Brae.

There are apparitions that supposedly wander through the castle. Sadly, there are fewer details as to who these spirits might be, although a young girl is said to run along the corridors close to the kitchen. If you have been on the guided tour of the castle, you will pass through allegedly the most haunted room of the castle, the State Bedroom on the first floor. There are also stories of guests seeing a black or grey apparition ascending the stairs from the ground floor to the first. These stories have been taken so seriously that when the Most Haunted team visited the castle to film an episode, those were the two areas they chose to concentrate on. Should you be so inclined, this episode is available to watch on YouTube.

My personal favourite ghost story from the castle concerns one of the paintings at the top of the Oval Staircase, a portrait of Margaret Erskine of Dun, the wife of the 12th Earl of Cassillis, later the 1st Marquess of Ailsa. A number of stories surround this painting – look at Margaret’s foot as you walk past and watch how it follows you. I would also recommend looking at her eyes and see what happens. One of the guides told me that, on occasion, when the castle is quiet a strange mist can be seen moving from one side of the stairs to the other; its path always starts in front of the portrait of Margaret. 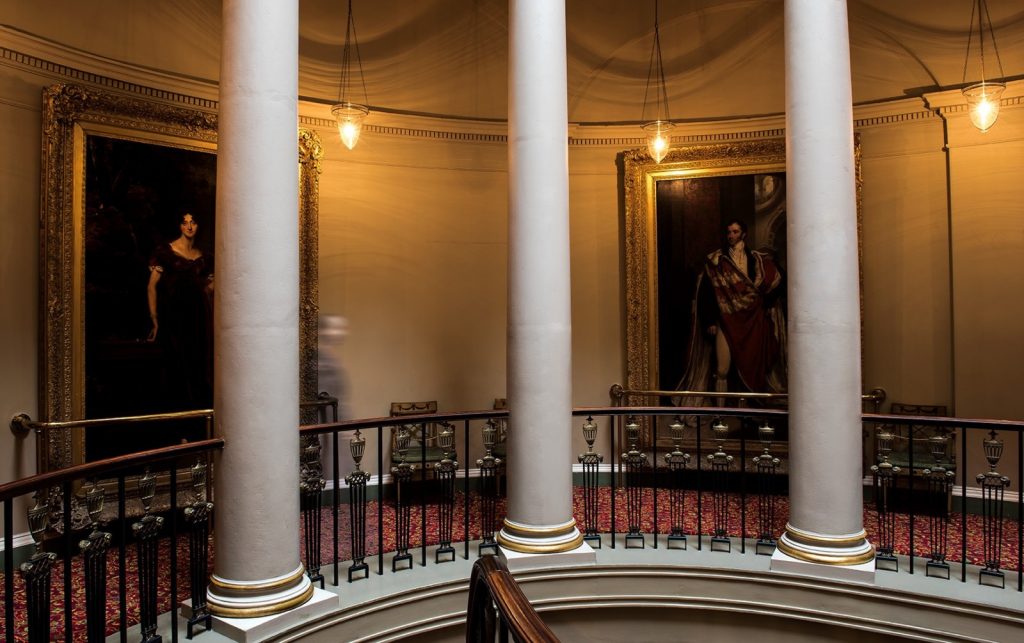 Which brings me back to my opening paragraph, how working for the Trust has afforded me some unique opportunities – getting to go through the marked doors, getting to handle some of the nation’s historical artefacts and also getting to spend time in Trust properties when the doors are closed to the public. At Culzean Castle, where I’m currently spending a great deal of time as part of Project Reveal photographing the property’s objects, the property itself is also yielding interesting results.

I will leave it up to readers to make their own minds up as to the veracity of the stories, but personally I’d like to draw on another quote from a very well-known film … I ain’t afraid of no ghost.

This article is by Alistair Fenn, Photographer for the Project Reveal South West Team. Project Reveal is a multi-site digitization project of unprecedented scale. With your support, we can help the Trust manage its collections more effectively. Most important, we can help the Trust discover, better understand, and share its treasures with the world.

This article was originally published by the National Trust for Scotland on November 9, 2017.

The Trust’s collections are very diverse, so we need to use various marking and [...]