Noble Caledonia are offering a unique cruise around the Northern and Western Isles of Scotland, exclusively designed for us to celebrate Scotland and the special places in our care.

Noble Caledonia introduced small ship cruising, often referred to as expedition cruising, to Scotland almost 30 years ago, and it soon became one of the most important areas for their fleet of small ships. The geography of Scotland lends itself well to exploration by sea, perfect for their small ships that carry between 70–100 passengers.

Noble Caledonia take small numbers of travelers to fascinating places and enhance the experience with onboard teams of experts. This is not a ‘traditional’ cruise but a thought-provoking voyage of discovery for those who wish to see and learn more about the natural world and the culture of isolated communities.

A well-tuned itinerary is like a good book, each day being a new chapter offering insight, wonder and reflection. Explore Shetland, Fair Isle and St Kilda, and cruise to the Hebridean islands of Canna, Skye, Staffa, Iona and Colonsay. For the green-fingered, the magical gardens of Inverewe and the Castle of Mey also feature on the voyage.

An expert team will join you on board to enhance your experience with their knowledge of the botany, ornithology and history of the islands. They’ll hold lectures on board and accompany you ashore during guided walks.

We’re delighted that John Love will be part of the team. Born in Inverness, John graduated in zoology from Aberdeen University. In 1975 he went to live on the Isle of Rum where he successfully managed a project to reintroduce the sea eagle. While he remains involved with birds of prey, seabirds are another passion. In the 1990s John acted as guide and lecturer on several small charter vessels around the Hebrides and he has lectured on cruises around Scotland and to Norway for the National Trust for Scotland. He first worked for Noble Caledonia in 2009 and now participates in various expedition cruises for 3–5 months each year, mainly around the UK – and the Hebrides in particular.

Embark MS Serenissima in the afternoon. Transfers will be provided from Aberdeen airport and railway station at a fixed time.

In the morning you’ll anchor off the island of Fair Isle, the most remote inhabited island in the UK, owned and cared for by the National Trust for Scotland. Located midway between Shetland and Orkney, the tiny population of 60 or so islanders always extend visitors a warm welcome. Enjoy a 3-mile walk across the island – admiring a Stevenson lighthouse at each end – then visit the community hall for a cup of tea or maybe purchase some of the famous knitwear.

Return to the ship for lunch before setting sail the short distance to Lerwick, where the afternoon is free to explore this historic port at your own pace.

Continue your exploration of Shetland with a visit to the islands of Unst and Yell. Unst is Britain’s most northerly inhabited island. The Trust owns seven parcels of land on Unst, the nearby small uninhabited island of Daaey and some croftland on Yell. The islands are of special interest to geologists, botanists and birdwatchers. You’ll visit the Heritage Centre to learn about the islanders’ struggles over the centuries as well as the industries that have prospered. The Unst Boat Haven is dedicated to the history of the islands’ distinctive wooden boats, based on Viking designs. You’ll also visit Saxa Vord to enjoy views over Hermaness National Nature Reserve and Muckle Flugga.

Arriving at Yell in the afternoon, you’ll have free time to explore the pretty town of Burravoe.

You’ll spend the morning at sea as you sail towards Inverewe to visit this impressive garden, surely one of the finest sited gardens in all Scotland. Cared for by the National Trust for Scotland since 1952 and first designed by Osgood Mackenzie in the late 19th century, it’s home to exotic and tender plants. They thrive in this northerly location warmed by the effects of the Gulf Stream and protected by over 40 hectares of woodland shelter. Lose yourself in the lush setting and enjoy a riot of colors and scents.

As well as the garden, you can explore Inverewe House – an interactive museum with a variety of objects to handle and games to play – and discover the surrounding estate, an important species-rich habitat. The wildlife hide provides the perfect vantage point over Loch Ewe, where coastal birds, seals and otters can be seen.

Strategically placed between the mountains of Rum and the Outer Hebrides, the island of Canna and its adjoining neighbor Sanday have an amazingly rich archaeological landscape, with remains dating from all periods of settled occupation in Scotland. Canna is in the Trust’s care and enjoys the best harbor in the Small Isles. The fertile soil and diversity of habitats mean that the island has an incredibly rich plant life, with 248 native flowering plants recorded. You’ll see Canna House and wander across grassy plateaus to the 600 ft cliffs in the north.

Sail during lunch to lovely Loch Scavaig on the island of Skye. Just beyond is the freshwater Loch Coruisk with breathtakingly beautiful views over the Cuillin. This is great walking country, but for those who prefer a less energetic afternoon the ship’s Zodiacs will explore the coastline, looking out for seals.

These are two magical islands in the care of the National Trust for Scotland. Awake this morning at an anchorage off the south of Staffa. The perpendicular rock face features an imposing series of basalt columns, known as the colonnade, which have been shaped by the sea into cathedralesque caverns, most notably Fingal’s Cave. Weather permitting, you’ll use the ship’s Zodiacs to explore closer, before sailing to Iona.

This flat Hebridean island has been occupied for thousands of years and has been a place of pilgrimage and Christian worship for several centuries. St Columba fled from Ireland in 563 and established a monastery here; his followers were responsible for the conversion of much of pagan Scotland and northern England. Many early Scottish kings are buried in the abbey. Visit the abbey or perhaps enjoy a walk along the white sandy beaches.

Lying between Mull and Islay, you’ll spend the morning exploring the island of Colonsay, admiring the craggy, heather-clad hills and sparse woodland as well as an impressive array of plants and birdlife. Near Colonsay House, built in 1722 by Malcolm MacNeil and bought by Lord Strathcona in 1904, you can visit the woodland gardens which protect the tiny, enigmatic 8th-century St Oran’s Cross.

Over lunch you’ll sail the short distance to Islay where the ship will anchor at Bunnahabhain with its beautiful views of the Sound of Islay. Here you’ll learn the steps involved in creating the whisky at the local distillery, and afterwards savour the experience with a dram of Bunnahabhain in the tasting room.

You arrive this morning at St Kilda, a remarkable archipelago some 40 miles west of North Uist. Dominated by the highest sea cliffs and sea stacs in Britain, Hirta (St Kilda’s main island) was occupied on and off for at least 2,000 years, with the last 36 islanders evacuated at their own request in 1930. Immediately after the evacuation, the island was bought by the Marquess of Bute to protect the island’s thousands of seabirds including puffins and fulmars, and in 1957 it was bequeathed to the National Trust for Scotland.

St Kilda is one of only two dozen UNESCO World Heritage Sites with dual status, reflecting both its natural and cultural significance. The National Trust for Scotland ranger will join you on board before expedition staff lead a number of guided walks on the island.

The final day sees you in Scrabster, the most northerly port on the Scottish mainland. In the morning visit the Castle & Gardens of Mey, built between 1566–72 by George Sinclair, 4th Earl of Caithness. The castle was purchased by Queen Elizabeth, the Queen Mother in 1952, who restored the castle for use as a holiday home and created the beautiful gardens you’ll see today.

After lunch on board you’ll drive along the coast to Dunnet Bay, a glorious crescent of sand dunes, and Dunnet Head. Here you’ll see the lighthouse built in 1831 by Robert Stevenson, and enjoy the views over to Orkney. You continue to John O’Groats, the most northerly town on mainland Britain.

Disembark after breakfast. Transfers will be provided to Aberdeen airport and railway station at a fixed time.

Program rates start at £3,995 (per person, based on double occupancy). Price includes nine nights aboard MS Serenissima on a full-board basis – house wine, beer and soft drinks with lunch and dinner – Noble Caledonia onboard team – shore excursions – gratuities – transfers – port taxes. Travel insurance and airfare to Scotland is not included. 10% of the cruise price will be donated to the National Trust for Scotland. 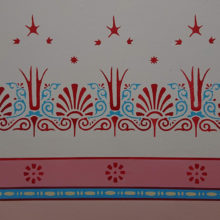 The award will be presented at the thirteenth annual A Celebration of Scotland's [...]